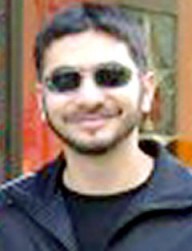 Following the failed Times Square bombing and the arrest of a Pakistani-American suspect named Faisal Shahzad, questions remain about his possible motivations.  Some have suggested that the recent South Park controversy could have something to do with it: perhaps Mr. Shahzad was retaliating against Viacom, which owns Comedy Central.  According to this theory, the grievance was over a depiction of the Prophet Muhammad by the satirical cartoon show South Park, which runs on Comedy Central. The Viacom building is in close proximity to the intended blast site.

The police have not ruled out this South Park angle (and I do not think they should), although officials have conceded that it is one out of a hundred possibilities.  However, certain extreme right-wingers and anti-Islam ideologues (such as Robert Spencer and Pamela Geller) have invested a lot in this South Park-Times Square connection, and pray that it turns out to be true.  It would certainly allow them to paint the Muslim community in the worst possible light: “Those crazy Moozlems bomb and kill innocent civilians simply for drawing a cartoon of their prophet!”

Proponents of the South Park-Times Square connection argue that both the (1) location and (2) timing fit.  As for the location, it is said that the the parked SUV was in close proximity to the Viacom headquarters.  This is true, but it is unlikely that the blast would have significantly damaged the Viacom building.  Instead, it seems more likely that the intended target was the Marriott Hotel, which is right next to the blast site.  Most importantly, the reaction of the emergency response teams gives us a strong indication of what the terrorists’ target was.  It seems to have been the Marriott Hotel, which was evacuated and shut down.  USA Today reports:

Update, 12:13 pm: Earlier this morning, I learned more about what Marriott Marquis guests experienced last night from Kathy Duffy, who handles public relations for Marriott’s New York hotels. Since the suspicious vehicle was parked on the 45th Street side of the Marquis, NYPD told the hotel to evacuate that side of the building. Since the hotel was sold out, that meant evacuating several hundred people who had rooms between floor 10 and 45, she said. The Marquis provided the guests with temporary cots and blankets in the banquet room (see CNN iReport photo link below), where they stayed until around 2 to 3 a.m., when they were allowed back to their rooms, Duffy told me.

Because the Marriott Hotel–and not the Viacom building–was evacuated, it seems pretty safe to say that the former was the target and not the latter.  Furthermore, the attack was on Saturday night–after hours.  The Viacom building would likely have been virtually empty.  Wouldn’t a bloodthirsty terrorist have struck during peak office hours in order to kill as many Viacom employees as possible?  The New York Times commented:

Times Square on a Saturday night is one of the busiest and most populated locations in the city, and has long been seen as a likely target for some kind of attack.

We can further reasonably assume that a bloodthirsty terrorist would want to kill as many people as possible, and therefore a “sold out” Marriott and a heavily “populated” Times Square were the more likely targets than the unoccupied Viacom building.  If it was truly the Pakistani Taliban involved in the attack, the chosen target (the Marriott) would fit their M.O.  This is not the first time the Marriott would have been targeted.  In 2006, Islamic extremists detonated a bomb outside the Marriott in Karachi, the same city where Faisal Shahzad allegedly met with radicals.  In 2008, the Marriott Hotel in Islamabad was bombed, as well as another Marriott in Jakarta.  In 2003, the Marriott in South Jakarta was bombed.  In addition to the Marriott, several other hotels have been bombed in Pakistan.  In fact, two of the prime targets chosen by terrorists in Pakistan are consulates and hotels.

As for the timing of the attack, proponents of the South Park-Times Square connection argue that the bombing attempt occurred almost immediately following death threats made by Revolution Muslim. They argue: how can this just be a coincidence?  However, it is in fact the incredibly short time duration–between when the South Park controversy took place and the attempted Times Square bombing–that works most against the South Park-Times Square theory.  It is unlikely that the terrorists could have planned the attack so quickly.  Furthermore, and most importantly, numerous reports have come out saying that Faisal Shahzad went to Pakistan to receive terrorist training.  This happened long before the South Park controversy.  Hence, something else radicalized him and convinced him to bomb his adopted country.  If we assume that the Pakistani Taliban trained him (and instructed him to bomb NYC), then all this preceded the South Park affair.  Mr. Shahzad, and his Taliban teachers, had intended to bomb us long time ago.

It is highly unlikely that Revolution Muslim has anything to do with the bombing, as they are under constant scrutiny by the FBI.  They are known for their antics and tall talk, not for their actions and walk.  And surely they would have bombed the place first, before announcing to the world their intention to do that and placing themselves under the watchful eye of the government.

It could be argued that Revolution Muslim issued the call and other extremists hearkened to it.  However, as I discussed above, the bombing took place too soon afterward.  Furthermore, the Pakistani Taliban–who claimed responsibility for the bombing–have not (to my knowledge) ever expressed outrage over the South Park cartoons.  The South Park controversy seemed to be a decidedly North American affair, and it is unlikely that the Taliban took notice of it.  If they had, where were their bellicose condemnations and flamboyant threats?

Lastly, there seems to be no motive to attack Viacom.  Comedy Central had, to the dismay of the South Park creators, cowed to the threats from the Islamic extremists, and refused to show the Prophet Muhammad on their channel.  Faisal Shahzad is a highly educated man; certainly, he would have known that it would makes no sense to attack Viacom or Comedy Central, considering they met the extremists’ demands.  Had this recent bombing had anything to do with South Park, it would have been the creators of the show–not Viacom–whom would have been targeted.

In conclusion, it seems unlikely that the failed Times Square bombing had anything to do with the South Park controversy.  This is so because neither the location, timing, or motive fits.  Rather, the intended target seems to have been the Marriott Hotel and Times Square, both of which would have resulted in the greatest number of deaths.  As such, it is extremely unlikely that the Times Square bombing had anything to do with a cartoon’s depiction of the Prophet Muhammad.  I believe that the extreme right wing and anti-Islam camp wish to pin it on the South Park affair only to exploit the Times Square bombing to further their hate-filled agenda.

There is a concerted effort to hide the fact that our country’s horrific foreign policy–the interventionist policy in the Islamic world in general and the predator drone attacks in Pakistan in specific (which have killed hundreds of Pakistani civilians)–could be (and most likely is) what motivated the Times Square bombing. (I argue this here, and more convincingly here.)  Instead, it is easier to blame it on a heathen religion.