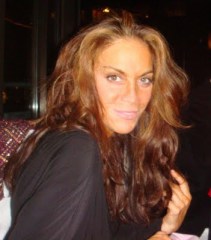 Pamela Geller accused Imam Rauf of “blaming Jews for 9/11,” which is just more lies from her and her cronies. Media Matters exposes their lies.

Pam Geller falsely claimed that Imam Feisal Abdul Rauf, who is heading an initiative to build an Islamic community center in Manhattan, once blamed “the Jews” for 9-11 and said, “If Americans only know it was the Jews’ fault, they would have done to the Jews what Hitler did.” But those comments have been widely attributed to Sheik Muhammed Gemeaha, a one-time imam at the Islamic Cultural Center in New York City who  reportedly made those inflammatory comments after resigning and returning to Egypt in 2001. Center officials roundly condemned the comments.

Geller accused Rauf of making the comments with the following headline: 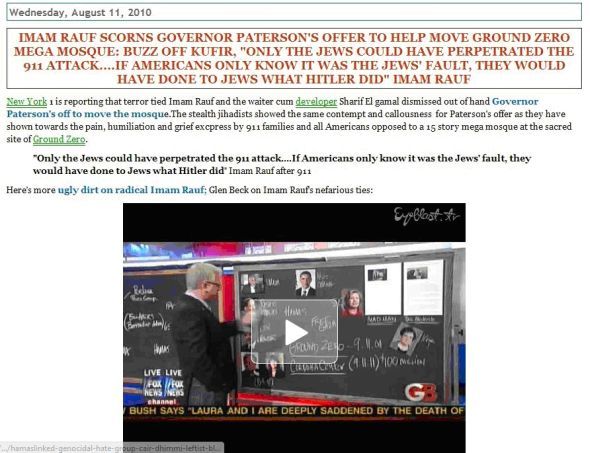 But in a November 4, 2001, New York Times Magazine piece, Jonathan Rosen attributed the comments to Gemeaha: “Recently, I read an interview with Sheik Muhammad Gemeaha — who was not only the representative in the United States of the prominent Cairo center of Islamic learning, al-Azhar University, but also imam of the Islamic Cultural Center of New York City. The sheik, who until recently lived in Manhattan on the Upper West Side, explained that ‘only the Jews’ were capable of destroying the World Trade Center and added that ‘if it became known to the American people, they would have done to Jews what Hitler did.’ ” Gemeaha reportedly made his comments to the website www.lailatalqadr.com and translated excerpts were posted by the Middle East Media Research Institute.

As Rosen noted, by November 2001, Gemeaha no longer lived in New York City. The Times reported on October 23, 2001, that Gemeaha had “moved his family back to Cairo” and had “sent a letter of resignation to the mosque.” The Times further reported that members of the mosque’s board condemned his comments:

Neither The Times nor the sheik’s associates at the mosque in Manhattan were able to reach him in Cairo to ask him about the remarks attributed to him. But colleagues said that if he made the comments, they would be a dramatic turnaround for a Muslim leader who was a mainstay at interfaith events with New York’s rabbis and ministers.

”It does not represent at all the policy and the beliefs of the Islamic Cultural Center, nor what Imam Gemeaha was teaching the Islamic community during his three and a half years here,” said Mohammad Abdullah Abulhasan, Kuwait’s ambassador to the United Nations, who heads the mosque’s board. ”It really took me by surprise to see this.”

Rauf serves as a member of the Islamic Center’s board of trustees.

Geller has since updated her post. No longer directly attributing the comments to Rauf, Geller now excerpts the comments, attributes them to no one, and then purports to provide “more ugly dirt on radical Imam Rauf”: 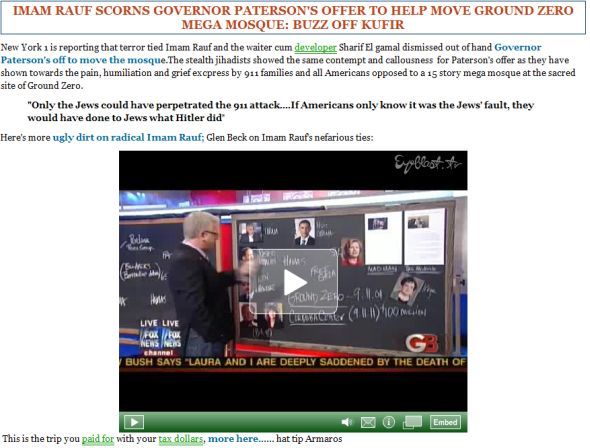 *Correction: I previously wrote that Gemeaha reportedly made the comments before resigning and returning to Egypt. I regret the error.