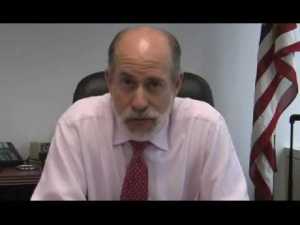 On Fox News’ Fox & Friends, right-wing pundit and former Assistant Secretary of Defense Frank Gaffney baselessly claimed that “Muslim Brotherhood front organizations” are influencing the U.S. government and are pushing “subversive techniques” to impose Sharia law in the U.S. Gaffney has a history of using Fox News to push his conspiracy theories about Sharia law.

Gaffney Baselessly Claims “Muslim Brotherhood Front Organizations” Have “Intensive Influence” On U.S. Government’s View Of Muslims. During the January 31 edition of Fox News’ Fox & Friends, co-host Gretchen Carlson discussed the recent protests in Egypt with Frank Gaffney, President of the American Center for Security Policy. After talking about the possible extent of the Muslim Brotherhood’s role in the Egyptian protests, Gaffney went on to further suggest that “councils of the United States government…have been subjected to intensive influence operations by known Muslim Brotherhood front organizations in this country to believe that these guys are somehow nonviolent.” [Fox News, Fox & Friends, 1/31/11]

Gaffney Fearmongers Over “Sharia-Compliant Finance” And “Insinuations Of Sharia Into Our Courts.” Gaffney also told Carlson:

GAFFNEY: I think as we say in our book, it’s much more the case that [Muslim Brotherhood front organizations] are pre-violent [rather than nonviolent]. They will use violence when the circumstances are right and in the meantime, they’re using subversive techniques of various kinds, including Sharia-compliant finance and various kinds of insinuations of Sharia into our courts and other ways to try to accomplish their ultimate objective, which is to bring Sharia about worldwide. [Fox News, Fox & Friends, 1/31/11]

Gaffney Refers To Gaza As The “So-Called Palestinian Area.” Responding to one of Carlson’s questions about the extent of the Muslim Brotherhood’s activities in the Middle East, Gaffney referred to the Gaza Strip as the “so-called Palestinian area.” [Fox News, Fox & Friends, 1/31/11]

Gaffney Has A History Of Incendiary And Islamophobic Attacks

Gaffney: “The Left” And “The Islamists…Are Advancing The Takedown Of America.” On the August 23, 2010, edition of Fox News’ The Glenn Beck Show, Gaffney told host Glenn Beck:

I think there’s a commonality of interests between folks who embrace what we’ve talked about before, as kind of the transnational agenda of the left and the transnational agenda of the Islamists … They are working in concert in a lot of different ways that are advancing the takedown of the America, the mutation, or fundamental transformation of America in ways that will, I’m afraid, make it much more difficult for us to stop either of these agendas at our expense. [Fox News, The Glenn Beck Show, 8/23/10]

Gaffney: Obama Administration “Has Exhibited A Sympathy…For The Agenda…Of The Muslim Brotherhood.” Also on the August 23, 2010, edition of The Glenn Beck Show, Gaffney told Beck, “I think this administration has exhibited a sympathy, and the president particularly, a sympathy for the agenda of folks who are, in fact, under one front organization or another of the Muslim Brotherhood, seeking to promote Sharia in America.” Gaffney went on to claim, “Virtually any Muslim-American organization in this country, of any prominence, is a Muslim Brotherhood front,” and referenced the Holy Land Foundation case. In fact, the organizations Gaffney is referencing donated to the Holy Land Foundation before it was uncovered that the organization was secretly funneling money to terrorists. [Fox News, The Glenn Beck Show, 8/23/10; Media Matters, 2/18/10, 7/27/10]

Gaffney Wrote That Signs With “‘Sharia’ Lettered In Dripping, Blood-red Ink” Were “Informed Opposition” To The Park 51 Mosque. On August 26, 2010, Gaffney wrote in an op-ed in theWashington Times that protesters of the Park 51 mosque “had come together … in informed opposition to the impetus behind that mosque: Sharia.” As an example of “informed opposition,” he pointed to “signs [throughout the crowd] with just the word ‘Sharia’ lettered in dripping, blood-red ink.” [Washington Times, 8/26/10]