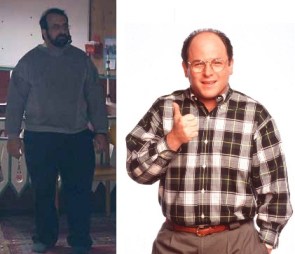 The whole All-American Muslim controversy had the upside of giving birth to this video by The Young Turks.  Ana Kasparian basically calls JihadWatch’s Robert Spencer a loser and a sad sack of …

Cenk Uygur calls Robert Spencer a “clown-o-ramo” and his site to be “full of morons.” Ana Kasparian delivers the elbow from the sky when she asks: “How depressing is it that you dedicate any time at all to creating a website called JihadWatch?”

Ana, believe it or not but this portly man named Robert Spencer has dedicated his entire life to blogging about jihad.  This grown man is nearing the age of 50 and this is how he not only spends his time but it’s his career.

Whenever I visit Neo-Nazi websites like Stormfront (which I do from time to time in order to marvel at the sheer insanity found there), I cannot help but marvel at how these people are obsessing over how much they hate “the blacks”.  Don’t these grown men have anything else to worry about?  Families, mortgages, actual careers?  What could be sadder than a group of old white men meeting in uniform to talk about how much they love Hitler?

It’s the same hate and level of obsession on JihadWatch.  Robert Spencer is their Grand Wizard, and they are all absolute, 100% total losers.  Their unhealthy level of obsessional hatred scares away friends and makes it impossible for them to ever get dates from normal women.  So, most of them hide this hatred in real life and just spend hours trolling the net in their basement.

As for Robert Spencer, one has to wonder what set him off: maybe some Muslim girl broke his heart long time ago by getting with some Muslim dude.  Now, Spencer is getting his revenge out on all Muslims.