By Garibaldi on April 9, 2012 in Loon Violence, Loon-at-large 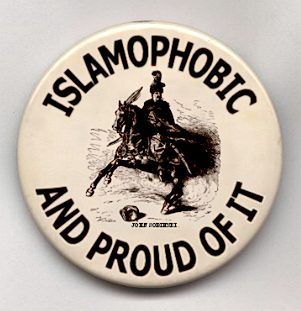 CONTENT WARNING: Listener discretion is advised. The following video (audio) contains explicit language, hate speech, racial slurs, and violent rhetoric including descriptions of past incidents of violent crimes as described by the subject.

ADDITIONAL WARNING: Rodan also drops the N-Word towards the end of the audio.

The following is an audio recording of Rodan (real name: Rick Martinez) as described in the captioned text below the audio. The subject is Rodan (aka Trajan 75, Emporer Palpatine, et al). Rodan began as webmaster for Think Progress Watch and is currently the webmaster and primary functionary at The Blogmocracy and The Diary of Daedalus.

The Diary of Daedalus is a site dedicated to the tracking and harassment of Charles Johnson of Little Green Footballs and members of Little Green Footballs. It has been previously cited in blogs or on Twitter by Andrew Breitbart; Dan Riehl of Riehlworldview; Donald Douglas of American Power; R.S. McCain of The Other McCain; Robert Spencer of Jihadwatch; and others.

Please note that I am not the creator of said video nor am I affiliated with the uploader of said video on Youtube. This is not an endorsement of his or her beliefs whatever they may be. Also note that this is all public information and this video/audio has been present on Youtube since 2009. The purpose of this information herein is to reveal the true nature and background of the creator and webmaster for The Blogmocracy and The Diary of Daedalus most commonly known as Rodan.

The Diary of Daedalus most commonly known as Rodan. (Click here to view the video)

This description is from the original post at YouTube; Rodan and his followers reported the video for “hate speech” and got it pulled from YouTube. (Yes, they reported their own founder for hate speech.) It’s now hosted at LGF so they can’t make it disappear.

Rodan a.k.a. Emporer Palpatine shares his thoughts on Muslims, and gives anecdotes in regards to the Muslims he “sliced and diced” in the early 90’s.

The recording you are about to hear was recorded on the morning of June 6th, 2009 at approximately 3:40 AM.

It was recorded in “Wine Drinkers kick ass”; the room of Emporer Palpatinea.k.a. Rodan.

The following rant given by Rodan is recorded as it was, with the exception of a pause to insert Marlen2008’s text.

This, although heard by a select few, is being released after 6 months. We feel that it is time for this recording to be made public.

The subject matter may be shocking. Listener discretion is advised.