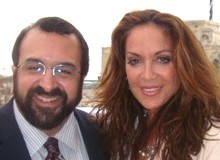 by Sheila Musaji (The American Muslim)

Some individuals like Pamela Geller are so anxious to find anything at all that is negative about Islam or Muslims that they are willing to pass on any unsubstantiated rumor from anywhere as “proof” that Muslims are evil.  Geller’s professed “love” for Muslims is expressed as pathological hatred.

Geller posted an article Sharia in Colorado: Special accommodations for a special class, Muslims.  She said

Once again we see special rules for Muslims in accordance with the sharia and Islamic supremacism. Anywhere American law and Islamic law conflict, it is American law that has to give way. Check this out from Atlas reader Chris:

Very few are talking about it here in Denver Colorado. American citizens were banned from celebrating our national birthday the Fourth of July. Fireworks were and are still banned unless it was to celebrate the end of Ramadan. I have asked several police officers what the huge fireworks show was and they replied that it was the local Islamic center celebrating. I then asked if the statewide ban on fireworks was still in effect and they said yes. So logically I asked did they have a permit for such a large display. The answer was no and that the police were not to respond to calls about it.

Robert Spencer (the self proclaimed “acclaimed scholar of Islam”) posted the same article with the same dubious source with the longer title Sharia in action in Colorado: Muslims set off fireworks in defiance of ban, police told to ignore complaints and the introduction “A statewide ban on fireworks is not a statewide ban on fireworks when Muslims are setting them off. To enforce the ban would be “Islamophobic,” doncha know.”

Actually, no one is talking about it except Geller and the sites that picked up this non-story from her.  The only source for the story is some guy named Chris who posted a comment on her site.

If she had done just a little fact checking, she would have discovered first, that no one else other than her reader, Chris, had reported on this supposed story, and also that on July 9th Gov. John Hickenlooper had lifted the Colorado fire ban and more than 60 Colorado counties moved to moderate to low fire danger.

Geller, Spencer, and the rest of the Islamophobia echo chamber are stark raving mad!  They see Jihad everywhere and in almost all cases it doesn’t exist except in their fevered Islamophobic brains.  Here are just a few ridiculous claims about nonsensical Muslim plots:

An Eid Celebration for Muslim Special Needs Kids was described as a “stealth jihad”.   A children’s page in a newspaper focusing on Eid was described as a toxic propaganda plot.  Joel Hinrichs (a Christian) had a beard and had walked through the parking lot of a campus mosque thus proving that his crime was an example of sudden jihad syndrome.   The awful April 2007 shooting at Virginia Tech by a Korean student was also called Islamic jihad because Cho’s father had once worked in Saudi Arabia (before he was married and before Cho was born).  A Muslim doctor had a heart attack and died at the wheel of his car which then crashed into a shopping mall and this was described as “vehicular jihad”.   A Muslim cab driver objected to what he considered pornographic ads on the roof of his cab, and that became astealth-jihad plot to impose Sharia on America.  Any Muslim who has sued an employer for violation of their rights under the EEOC is engaged in employment jihad, or litigation jihad.  Muslim environmentalists are said to be actually engaged in “civilizational jihad”.  A cartoon series “The 99” aimed at young Muslims was described as “cultural jihad”.  The victims of the terrorist attack of 9/11 included Muslims, they were accused of dying as martyrs in an act of jihad.

These people consistently promote the what everyone “knows” lies about Islam and Muslims.   They generalize specific incidents to reflect on all Muslims or all of Islam.   When they are caught in the act of making up or distorting claims they engage in devious methods to attempt to conceal the evidence.

The claim that “truth tellers” are being accused of Islamophobia for no reason other than their legitimate concerns about real issues and that in fact there is not even such a thing as Islamophobia is nonsense.

The reason that this is so obvious to so many is that rational people can tell the difference between legitimate concerns and bigoted stereotypes.   The Islamophobia of these folks is very real, and it isalso strikingly similar to a previous generations’ anti-Semitism.