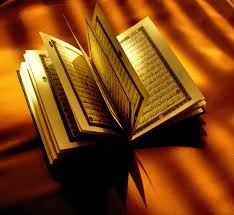 by Inconnu and Garibaldi

The following article deals specifically with the claim that the Quran teaches that Jews are “apes and pigs.” There is an important fuller discussion to be had on the relationship between Islam and Judaism and Muslims and Jews, a history which has seen its fair share of antagonism and hostility but that is an article for another time.

Amongst self-declared “Islam expert” Robert Spencer‘s many theories about Islam is his claim of “Qur’anic anti-Semitism.” He uses contemporary examples of Muslim maledicta, usually from MEMRI, an organization uniformly devoted to such a cause, then superimposes the modern concept of antisemitism through the prism of said maledicta onto basic texts of Islam. Hoping to link in the mind of the reader a narrative of an inherent, nefarious, transhistorical “Islamic” antisemitism akin to or greater than Christian European antisemitism.

This is just patently false, as Norman Stillman has pointed out in the Encyclopaedia of Islam, Jews have, in the basic texts of Islam,

“none of the demonic qualities attributed to them in medieval Chrsitian literature, neither is there anything comparable to the overwhelming preoccupation with Jews and Judaism (except perhaps in the narratives on Muhammad’s encounters with Medinan Jewry) in Muslim traditional literature…Mediaeval Muslim theologians devoted only a very small part of their polemics against other religions and doctrines to Judaism. There is nothing in Islam comparable in quantity and rarely in sheer vitriol to the Adversus Judaeos literature of the Church.”

None other than Orientalist Bernard Lewis confirms this in his book The Jews of Islam:

‘For Muslims, [hostility to the Jews] is not part of the birth pangs of their religion, as it is for Christians. It is rather the usual attitude of the dominant to the subordinate, of the majority to the minority, without that additional theological and therefore psychological dimension that gives Christian anti-semitism its unique and special character.’

Undoubtedly there are Muslim clerics and leaders today, some very prominent, who have or do engage in antisemitism (there are also many voices who oppose antisemitism).

There should however be a resistance to conflate, the way proponents of the so-called “New Antisemitism” often do, such antisemitism with those who espouse legitimate criticism of the state of Israel and Zionism.

Of particular note has been the contribution of self-described Islamiyoon (Islamists) over the years who have engaged in crass and vitriolic antisemitism. Initially, early thinkers who influenced Islamism sought an accommodation with Zionism. The example of Rashid Rida, an influential turn of the century Muslim scholar, activist and thinker is useful. Initially,

“Rida called on Arabs to take an example from the resurrection of the Jewish umma. Although he had perceived the Zionists’ objectives in Palestine before many others, he nevertheless called, until 1914, for an accomadation with them so as to benefit from the European Jews’ wealth and knowledge, on the condition that they not try to take over Palestine or establish their state there.

Rida’s discourse on the Jews underwent a sharp change in the late 1920s. The long, two-part article that he published on the Palestinian question after the 1929 riots gave a new twist to elements already present in his more circumstantial article of the previous year; this time, he accentuated the anti-Jewish line. Rida drew on various sources, combining assertions that reflected the Muslim tradition that was the most hostile to Jews (whereas he had only recently availed himself of the most pro-Jewish strand in that tradition) with shameless borrowings from the most hackneyed commonplaces of the European anti-Semitism of the day. Among these commonplaces was the fantasy of the all-powerful Jewish conspiracy made popular by the worldwide dissemination of the famous Russian anti-Semitic forgery known as the Protocals of the Elders of Zion, which Rida did not cite, although it plainly had a pervasive influence on his text. (Arabs and the Holocaust, p.111-113)

Recently, President Mohamed Morsi, who has already been criticized for being silent in the face of antisemitic statements was exposed for engaging in hateful and bigoted rhetoric that is all too common amongst some Islamists.

Video of him from pre-Arab Spring days shows him calling Jews “apes and pigs.” Morsi claims he was taken out-of-context and that he really believes in respect for all religions and peoples, statements which we find rather convenient now. The reality is too many like him have contributed to misperceptions of Islam and Muslims, providing Islamophobes with fodder to assert and propagate falsities in their war on Islam and Muslims.

This however doesn’t let Islamophobes off the hook.

Spencer claims the Qur’an says Jews are apes and pigs in three places, implying “all Jews” are referred to this way. This is a lie. Let’s examine Spencer’s claims in detail. Here are the verses he cites:

AND LO! We accepted your solemn pledge, raising Mount Sinai high above you, [and saying;] “Hold fast with [all your] strength unto what We have vouchsafed you, and bear in mind all that is therein, so that you might remain conscious of God!” And you turned away after that-! And had it not been for God’s favour upon you and His grace, you would surely have found yourselves among the lost. For you are well aware of those from among you who profaned the Sabbath, whereupon We said unto them, “Be as apes despicable!” and set them up as a warning example for their time and for all times to come, as well as an admonition to all who are conscious of God. (2:63-66)

Say: “O followers of earlier revelation! Do you find fault with us for no other reason than that we believe in God [alone], and in that which He has bestowed from on high upon us as well as that which He has bestowed aforetime? – or [is it only] because most of you are iniquitous?” Say: “Shall I tell you who, in the sight of God, deserves a yet worse retribution than these? They whom God rejected and whom He condemned, and whom He turned into apes and swine because they worshipped the powers of evil: these are yet worse in station, and farther astray from the right path [than the mockers].” (5:59-60)

And then, when they disdainfully persisted in doing what they had been forbidden to do, We said unto them: “Be as apes despicable!” (7:166)

The verses in question reference a specific story in which a community of Jews who lived by the sea — which according to several early Islamic exegeses is the town of Eilat — had people who fished on the Sabbath and deliberately broke the law, for according to Jewish law, all work was forbidden on the Sabbath. In punishment for this breach of the law, God transformed the Sabbath-breakers into apes; only 5:60 speaks of God transforming some of the sabbath breaking Jews into swine.

In fact, Robert Spencer himself has admitted in the past that these verses do not apply to all Jews. Spencer in 2010:

In traditional Islamic theology these passages have not been considered to apply to all Jews. The classic Qur’anic commentator Ibn Kathir, whose commentary is widely distributed and respected among Muslims today, quotes earlier authorities saying that “those who violated the sanctity of the Sabbath were turned into monkeys, then they perished without offspring,” and that they “only lived on the earth for three days, for no transformed person ever lives more than three days.”

But such interpretations, of which Spencer is clearly aware does not prevent him from projecting the antisemitic statements of some Muslims, such as Morsi’s upon the entire religion of Islam itself when it is convenient for him to do so–as if he suffers from amnesia about what he has written in the past!

Our response is: How do the antisemitic views of some Muslims constitute “proof” of Quranic or Islamic antisemitism? Is the fact that some Catholics hold Jews to be “enemies of the Church,” “Christ killers,” etc. “proof” of inherent New Testament or Christian antisemitism? Does the fact that some Jews hold the view that “racism” is a value that “originated in the Torah,” or that “non-Jews exist to serve Jews” proof of Judaism’s racism and xenophobia against non-Jews? No, of course not! Then, how can that same logic apply to Islam?

Clearly, the verses in question speak of a specific group of Jews, the Sabbath-breakers, who were transfigured into apes and swine. There is no general smear of Jews as such in the Qur’an. So why say so Robert?

But wait! There’s more! Spencer never mentions that in the classical commentaries on these verses, there is a debate whether the “transformation” was literal or metaphorical. According to Muhammad Asad, an early 20th Century convert to Islam who penned a translation and commentary of the Qur’an, many early commentators believed it was a metaphorical transformation:

According to Zamakhshari and Razi, the expression “We said unto them” is here synonymous with “We decreed with regard to them” – God’s “saying” being in this case a metonym for a manifestation of His will. As for the substance of God’s decree, “Be as apes despicable”, the famous tabii Mujahid explains it thus: “(Only) their hearts were transformed, that is, they were not (really) transformed into apes: this is but a metaphor (mathal) coined by God with regard to them, similar to the metaphor of ‘the ass carrying books’ (62:5)” (Tabari, in his commentary on 2:65; also Manar I, 343; VI, 448; and IX, 379). A similar explanation is given by Raghib.

As we can see classical authorities are not in consensus on the issue of Jewish sabbath breakers being transformed into apes and pigs, some hold it to be a literal transformation while others metaphorical.

Regardless, however, the fact remains: the Qur’an does not say that the Jews are “apes and swine” despite the rantings of Morsi or the pseudo-expertise of Islamophobes such as Robert Spencer.

*Both the Stillman and Lewis quotes were retrieved from Gilbert Achcar’s “The Arabs and the Holocaust.”