By Garibaldi on February 20, 2013 in Feature, Loon People 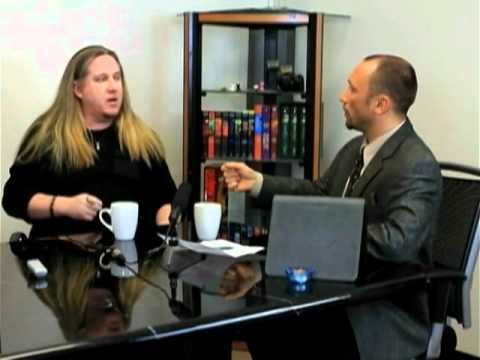 Eric Allen Bell (aka Eric Edborg), who has been mostly silent over the past few months, (no doubt taking a “sabbatical” from his self-proclaimed “jihad against jihad” again), returned to the looniverse of hatemongering and kooky conspiracy theories.

This time Bell is relishing in antisemitism and putting forward ideas picked straight out of the Protocols of the Elders of Zion.

Bell got into it with some of his assumedly now “former” Facebook followers. Bell tells “Clark Banner” that he is just speaking truth to power, exposing the social taboo surrounding “Jewish control of banking and media,” 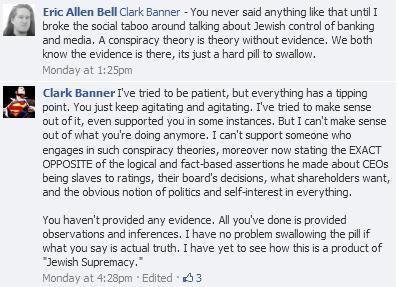 Bell clearly doesn’t know what conspiracy theories are either, they are not simply “theories without evidence.” What he is referring to is just one category of the obvious phony and fake conspiracies that exist. Usually conspiracy theories are based on some evidence, though such evidence varies in degree of reliability, factualness and the way it is framed and contextualized to create a narrative.

Bell also believes the Oscars are part of a Jewish supremacist conspiracy, 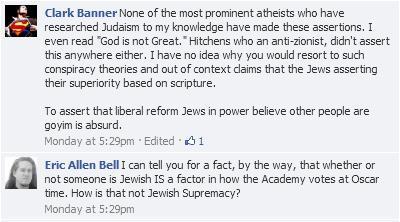 “Erick Morgan” used to “look up to” the old bigot Eric Allen Bell when he railed against Muslims being intellectually and genetically inferior and called for the nuking of Muslim holy places but now he finds Bell repulsive: 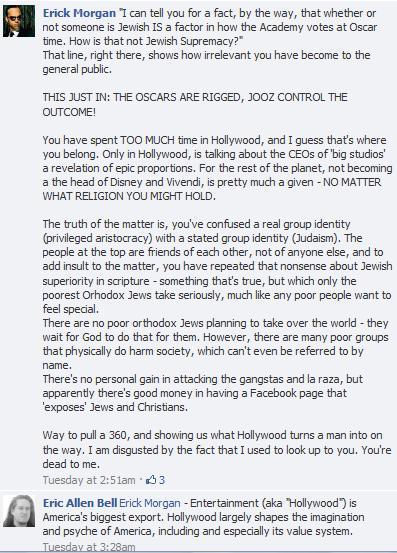 This protege of Rev. Deacon Robert Spencer has exposed himself to have some very kooky and racist beliefs not only about people of Muslim background and the religion of Islam but also about Jews and Judaism. Will we hear swift condemnations from Rev. Deacon Robert Spencer and Pamela Geller who hailed Bell as a former “liberal” who saw the light of “Counterjihad?” Aren’t they embarrassed and ashamed of supporting and allying with someone who supports this vile antisemitic nonsense?

Don’t hold your breathe. They will likely continue their strategy of pretending such views aren’t held by their friend.