Hi, my name is Steven Danios (a.k.a. Danios of LoonWatch).  I recently launched an IndieGoGo campaign to raise funds for the completion, publication, and promotion of my upcoming book, The J Word: Jihad, Between Hype and Reality. 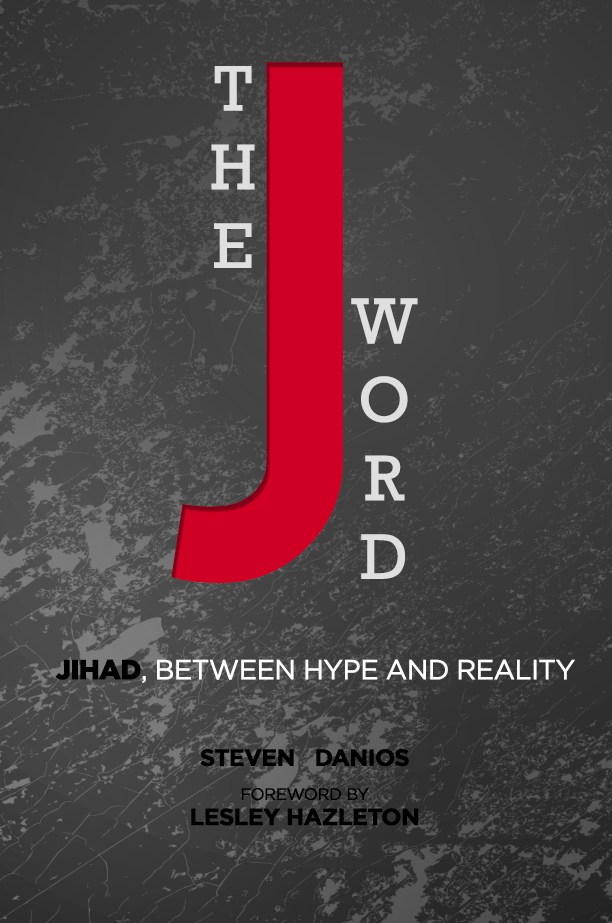 The book focuses on refuting the fundamental premise of Islamophobia–that Islam is somehow the most violent religion on earth.  Sadly, more white Americans than not believe this to be true, which is why it’s extremely important that a book of this type is written.

Robert Spencer is the director of JihadWatch.org, arguably the most well-known anti-Muslim hate site on the internet.  Spencer authored a book The Politically Incorrect Guide to Islam (and the Crusades).  The ideas contained in this book are important to refute not just because they constitute Spencer’s attack on Islam, but because these ideas are universally shared by Islamophobes in general.  Spencer’s book can be considered a collection of anti-Muslim myths that the Islamophobes rely on.  Refuting Spencer’s book is therefore refuting all of Islamophobia. 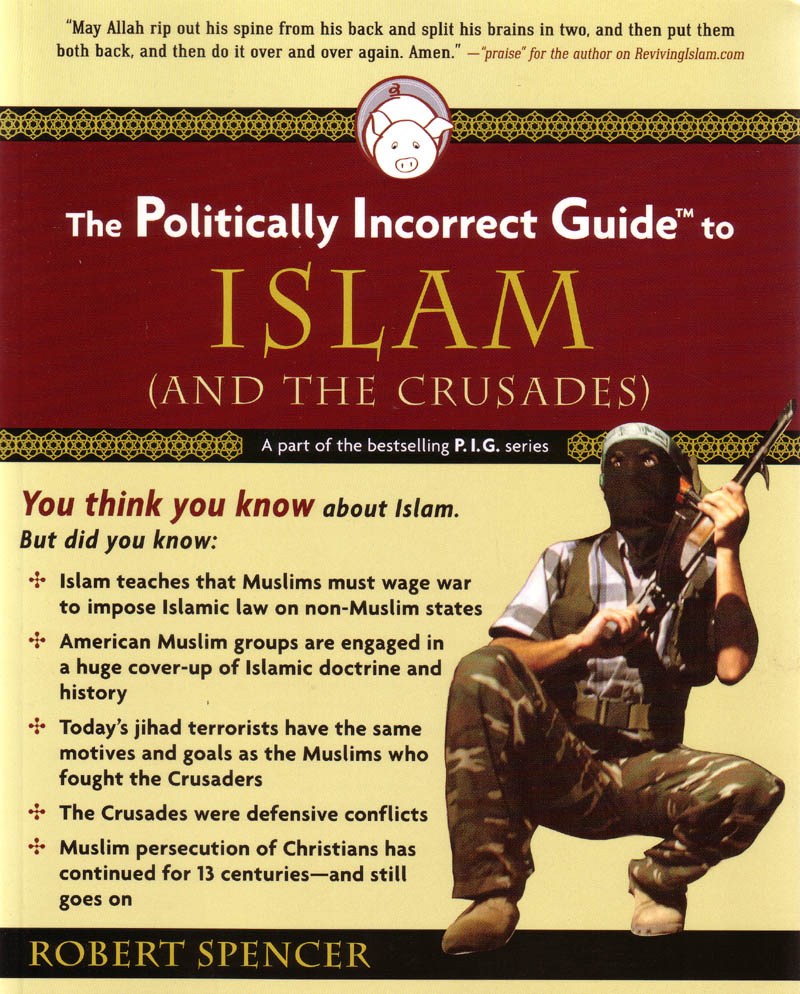 The groundwork for this book is already done: I’ve written several articles on this topic, including the Understanding Jihad Series, which will give the reader an idea of what my book is all about:

Articles by Danios on Islam and Terrorism

All Terrorists are Muslims…Except the 94% that Aren’t: According to the official FBI database from 1980 to 2005, Muslim extremists were responsible for only six percent of terrorist attacks on U.S. soil.

Europol Report: All Terrorists are Muslims…Except the 99.6% that Aren’t: According to Europol’s annual study of terrorism, Muslim extremists were responsible for less than 1% of terrorist attacks in Europe.

Updated Europol Data: Less Than 1% of Terrorist Attacks by Muslims

RAND Report: Threat of homegrown jihadism exaggerated, Zero civilians killed in U.S. since 9/11:  Published in 2010, this article revealed that almost a decade after the 9/11 attacks, not a single civilian in the U.S. was killed by Muslim extremists.  So, why the alarmism?

Annual Report: Zero Civilians in U.S. Killed by Islamic Terrorism… Just Like Every Year Since 9/11

Eye-Opening Graphic: Map of Muslim Countries that the U.S. and Israel Have Bombed

It’s Only Terrorism When Muslims Do It

Part 2: Who was the Most Violent Prophet in History? (Hint: It wasn’t Muhammad.)

Part 4: What the Koran-bashers Don’t Want You to Know about the Bible

Part 5: Jesus Loves His Enemies…And Then Kills Them All

Part 7: Majority of Americans Believe the Bible is Literally True and the Word of God

Part 8: The “But That’s Just the Old Testament!” Cop-Out: Parts I and II

The Bible’s Yahweh, a War-God?: Called “Lord of Armies” Over 280 Times in the Bible and “Lord of Peace” Just Once: Parts I and II

Allah as the Best of Deceivers?

Part 10: Does Jewish Law Justify Killing Civilians?  (Disclaimer: Why Religious Zionism, Not Judaism, Is The Problem)

#2 Collective Punishment is Kosher: Parts I, II, III, and IV

One Israeli Soldier Worth More than 1,000 Palestinians

#5 There are No Rules in Times of War (unpublished)

Part 11: What I Bet You Didn’t Know About the Christian Just War Doctrine: Parts I, II, III, and IV (unpublished)

Part 12: Why You Shouldn’t Trust Robert Spencer’s Biography of the Prophet Muhammad

Muhammad is the 99 Percent

When They Almost Killed Muhammad: The Persecution of Islam’s Early Followers

History’s First Jihad: Was it Justified?

Jihad By Any Means Necessary?

Articles by Danios on “Dhimmitude”

The Church’s Doctrine of “Perpetual Servitude” was Worse than “Dhimmitude”: This article is a direct refutation of chapter four of Robert Spencer’s book, entitled “Islam: Religion of Intolerance.”  Here, I forever lay to rest the Islamophobic argument of “dhimmitude.”

Robert Spencer is on the Ropes; Spencer’s Bumbling Reply to LoonWatch: This is a rebuttal of Robert Spencer’s reply to my article about “dhimmitude.”

The Protocols of the Elders of Mecca: The Final Word on the Pact of Umar: This was part two of my series on “dhimmitude.”

Do Muslims Want to Reimpose Dhimmitude or Live as Equals?  This article refutes another fundamental conspiracy theory harbored by ardent Islamophobes.

More Proof that Robert Spencer is an Intellectual Huckster: Part I and II

Articles by Danios on Taqiyya

Silencing Spencer: Taqiyya and Kitman are part of Judeo-Christian Belief

Articles by Danios on Women in Islam

Robert Spencer Rapes the Truth, Part 1: Does Sharia Reject the Testimony of a Rape Victim?:  This is a rebuttal of chapter five of Robert Spencer’s book.  Here, I put to rest another enduring but inaccurate claim about Islam.

Anti-Sex Laws of Islam: Not as Simple as You May Think

Proof that Robert Spencer’s JihadWatch.org Relies on Bogus Translations: Robert Spencer uses bogus translation of Arabic to “prove” that a fatwa claims that it is permissible in Islam to have sex with a prepubescent girl.

Articles by Danios on Sharia

Muslim Americans Must Obey U.S. Laws: Nidal Hasan Disobeyed Islamic Doctrine:  This article was written shortly after the Fort Hood Shooting.  In it, I prove that Islamophobes are wrong to claim that the shooter was simply “obeying Islamic doctrine” when he shot and killed his fellow soldiers.

Christians Must Obey God’s Law Over the Constitution:  Many right-wing Christians claim that American Muslims are trying to overthrow the Constitution with Sharia, yet oftentimes it is these same Christians who place their religious laws over the law of the land.

Articles by Danios about “Why Do They Hate Us?”

Attempted Times Square Bombing: Is it Forbidden to Ask “Why”?:  No, they don’t attack us for our freedoms.

Times Square Bombing in Retaliation for U.S. Drone Strikes, No Connection to Islam

Danios of LoonWatch accepts Robert Spencer’s Challenge to a Debate: And Spencer has been running away from a debate ever since.

Is Robert Spencer a scholar?

Surprise, Surprise: Robert Spencer of JihadWatch is Weaseling Out of Debate with Danios of LoonWatch

Danios of LoonWatch Accepts Robert Spencer’s Choice of Venue and Moderator: Will Spencer Keep Chickening Out?

Witch Hunts: A Muslim Problem Only?: No, Islam is not the only religion with crazies.

Fathima Bary Needs to Read Her Bible; Final Word on Islam and Apostasy

South Park, the “Four Morons” of Revolution Muslim, and CNN’s Epic Fail:  This article is about the cartoons of the Prophet Muhammad, which sparked a worldwide controversy.

Al Arabiya Poll: Some Arabs Justify 9/11 And Deny Al-Qaeda’s Culpability; I Say: Yeah, So What?: Parts I and II

On the Outlandish Claim that there is no Islamophobia

Even OBL Admitted that Homegrown Terrorism is un-Islamic?  What the Bin Laden Letters Reveal

Boston Marathon Bombings in Perspective: Is Dzhokhar the Joker All Al-Qaeda Has Left?