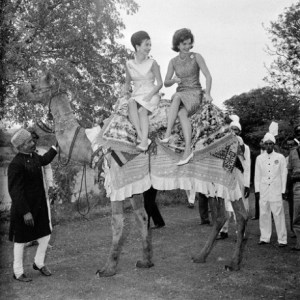 It’s hard to imagine now, but there was a time when the president of Pakistan was warmly greeted by the US president, the first lady, and throngs of ordinary Americans, lined up in the streets to catch a glimpse and celebrate his arrival. It’s hard to imagine the Pakistani president being greeted with ticker tape parades in New York City, and standing ovations in Congress.

The footage of Pakistani President Muhammad Ayub Khan’s visit to America almost seems surreal, given the current state of affairs. Pakistan is still officially a US ally, but an unwitting observer could be forgiven for failing to notice.

It’s an understatement to say the optimistic prognosis for Pakistan as a thriving democracy has not panned out, nor has the admiration the new nation once engendered lasted. Pakistan is fraught with problems, and at least one poll positions it as one of the least popular countries in the world, ranking just below Israel and North Korea, one notch above Iran. Who could have imagined that outcome a half a century ago, when people in America and Pakistan seemed so optimistic?

What’s happened in the intervening decades would involve a long and complex discussion. But the implications with regard to Islamophobia are far more obvious.

It simply isn’t true that the West has always hated Muslims and Muslims have always hated the West, as some anti-Muslim bigots would have us believe.  The notion of an eternal Clash of Civilizations is reductionist and must be challenged.

Pakistan was no less Muslim, and the US no less Western, when President Ayub Khan came to America in 1961,

Related: Message from Iran: Tell All Americans We Love Them