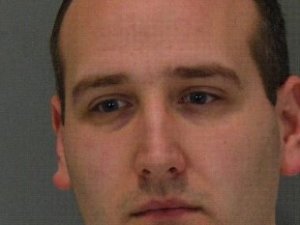 I’m always surprised at hypocritical Islamophobes who will not fail to report on whether a Muslim picks his nose but have no time for injustices carried out in the name of their own faith.

Iowa pastor and youth counselor Brent Girouex, who claimed with a straight face that he was trying to “cure” teenage boys of their “homosexual urges” by having sex with them, has had his sentence reduced from 17 years in prison to sex offender treatment and probation.

Since Girouex confessed to having sex with four underage boys, eight additional young men have come forward saying they were sexually violated by the 31-year-old pastor. Girouex, who is not longer a pastor at the Victory Fellowship Church, believed that he could rape away the gay by “praying while he had sexual contact” with the boys, all in an effort to keep them “sexually pure” for God.

According to reports, he told police that “when they would ejaculate, they would be getting rid of the evil thoughts in their mind.”

Girouex, a married father of four, has had a fair share of backlash since he publicly made his disturbing practices known. One of his most ardent opponents is his wife Erin, who has spoken out against both him and the reduced sentence he received after the initial 17 years he was to serve in prison.

“I don’t want [my children] anywhere near him,” Erin Girouex said to KCII local news. She stated that she has plans for divorce, but that her husband’s wanting to see their kids has complicated matters. Currently, he has a court-ordered, twice-per-month visitation schedule, where he must be supervised by his own mother.

While the claim of raping in order to make the victim sexually pure is novel, rapists having their sentences reduced to virtually nothing is not. Girouex’s drastic sentence reduction follows closely behind the heels of the actions of a Montana judge, who sentenced a convicted rapist to serve just 30 days in jail, and made comments about how his 14-year-old victim was an active participant in the sexual relationship. The victim, a girl in this case, subsequently committed suicide, and the judge apologized for his remarks, but left the light sentence in place.

Anti-Muslim, Brent Girouex, Christianity, Hypocrisy, Iowa, Islamophobia, Rape the Gay Away, What if they were Muslim