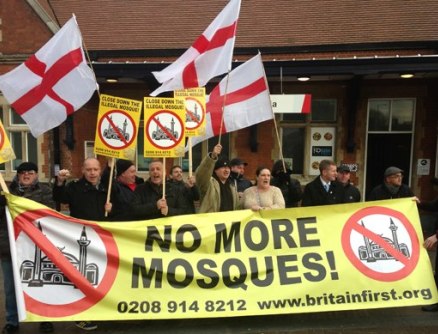 The Electoral Commission has been forced to make an embarrassing apology after allowing an extremist party to use a slogan featuring murdered soldier Lee Rigby.

The watchdog had given the green light for Britain First to use the description “Remember Lee Rigby” on voting slips for next month’s European poll.

Commission chair Jenny Watson said: “We are deeply sorry for the offence that has been caused and I have apologised to Lee Rigby’s family. We are particularly sorry at the pain that this will cause them, particularly since polling day falls on the first anniversary of Drummer Rigby’s murder.

“The party description ‘Remember Lee Rigby’ that was registered for use at the European Elections in May by ‘Britain First’ should never have been permitted. We are sorry that the decision we made means that voters in Wales will now see the description on the ballot paper when they vote.

“We have looked carefully at what can be done to stop this from happening and we greatly regret that we have not found a way for the ballot papers to be changed. We will ensure the description is removed from the register for future elections.”

The Commission said it had signed off the slogan for the party to use across the UK. However, Britain First has opted not to deploy it in Scotland, and is not believed to be fielding candidates in England.

It is not clear if any individuals are facing disciplinary action over the error.