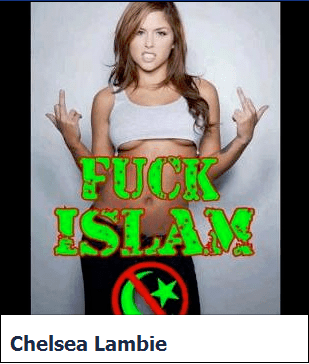 A security guard at the Central Mosque told a court he was left feeling “very bad” after finding bacon had been thrown into the building and placed on the main door handles. Usman Mahmood, 34, said it “hurt my feelings to have this meat in my sacred place” as he gave evidence at Edinburgh Sheriff Court.

He said he had opened the mosque for worship at around 6am on January 31 last year and had gone to his office to watch CCTV. Mr Mahmood told the court: “I saw persons running towards the main entrance and when I went upstairs I saw a piece of meat hanging on the window of the worshipping area and two pieces on the entrance door handle.”

Asked by Fiscal Depute, Mark Keane, what kind of meat it had been, Mr Mahmood said: “It was bacon. Muslims do not eat it or touch that kind of meat. It is forbidden in my country.” He said he had removed the bacon using a newspaper so that he did not handle it, and added: “I was surprised if someone had done this for a joke. It is against our culture and religion.”

Accused duo Chelsea Lambie, 28, from Paisley and 38-year-old Douglas Cruikshank, from Galashiels, have both denied the racially aggravated charges against them. Lambie has lodged special defences of incrimination and alibi.