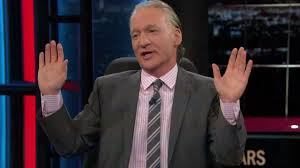 As a liberal agnostic, I might better enjoy my time critiquing religion with fellow skeptics. But when skeptics single out a particular faith or group for unfair demonization, I do feel compelled to respond. It is, of course, old news that Bill Maher is one of the skeptics who, while feeling antipathy towards religion in general, holds exceptional hostility towards Islam. However, the segment on Islam (below) in last weekend’s episode of ‘Real Time’ went beyond typical antipathy and included 5 points that were simply dead wrong:

Bill Maher insists that extremism and intolerance are problems that afflict Muslims at large, and not just “a few bad apples.” Of course, if anyone compiled a list of violent acts by Muslim extremists, the list would undoubtedly be troublingly long. But the Muslim world is far too vast and diverse to collapse into Maher’s narrow perception of it. It is a world of 1.6 billion Muslims, so even thousands of extremists would be a fraction, and would in no way justify an indictment against Muslims in general. To think along analogous lines, there are more than 10,000 murders and 80,000 rapes every year in the U.S. The Ugandan fanatical Christian LRA group is responsible for the kidnapping of some 66,000 children (a lot more than Boko Haram). In the West Bank, hundreds of thousands of Jewish settlers live on stolen Palestinian land, and many carry out acts of vandalism and violenceagainst Palestinians. But just as none of these facts justify broad indictments of “The Americans,” “The Christians” or “The Jews” as being terrible people (that would be transparently bigoted), the same applies to Islam and Muslims. The acts of a relatively small group of extremists, even when they’re more frequent than we’d like them to be, should never taint entire societies.

Maher, Matt Welch, and Dinesh D’Souza were all troubled by the fact that Brandeis University rescinded its invitation and offer of an honorary degree to anti-Muslim activist Ayaan Hirsi Ali. D’Souza complained that surely even the controversial Michael Moore would’ve been allowed to speak, while Welch noted that Tony Kushner received the same award a few years back despite having allegedly made derogatory comments about Israel’s supporters. This may sound like a reasonable point, but only until you think about it for more than 2 seconds and realize that these are ridiculous comparisons. Michael Moore and Tony Kushner never suggested that, for example, Judaism should be crushed, or claimed that all devout Jews support murder (I wonder what Welch and D’Souza would think of honoring such people). By contrast, Hirsi Ali didn’t just take controversial political positions; she actually did hate-monger against an entire faith group. Shesaid that “we are at war with Islam,” that we have to “crush [it] in all forms,” and that “There is no moderate Islam.” She also insisted that 9/11 was “the core of Islam,” and even claimed that “Every devout Muslim who aspired to practice genuine Islam” approved of the 9/11 attacks. Can anyone dispute that this foments hostility towards Muslims in general, and goes beyond merely holding a controversial opinion?

In the course of explaining what’s supposedly wrong with Islam, Bill Maher noted that Ayaan Hirsi Ali “underwent genital mutilation, which almost all women do in [Somalia] and many other Muslim countries.” This seems to indicate that Maher is under the impression that FGM is a Muslim problem, which it absolutely is not. In the overwhelming majority of Muslim countries, the practice is virtually unheard of. If you look at the World Health Organization’s map of where FGM is prevalent, you’ll notice that all of the top countries (except Yemen) are in Africa, including Christian-majority countries. For example, Eritrea is a Christian-majority country, yet the FGM rate there is 89%. So if you insist on generalizing, you may be able to get away with saying FGM is an African problem, but it most certainly isn’t a “Muslim” one.

4. Where are the Buddhist suicide bombers?

While making the case for the uniqueness of the threat we face from Muslims, Dinesh D’Souza said, to audience laughter, “you don’t see a whole lot of Buddhist suicide bombers.” Perhaps D’Souza is not aware that, to quote Human Rights Watch, “Burmese Buddhist mobs attacked Muslim communities” killing dozens and destroying property last year. Or maybe he’s not familiar with the anti-Muslim rhetoric of the radical Buddhist monk (also known as “the Burmese Bin Laden“) who stirred the violence. But if it was “suicide bombings” specifically he was concerned with, it certainly is worth noting that it was the Tamil Tigers, who happen to be Hindu, not Muslim, who were the “innovators” of suicide bombings, and were responsible for hundreds of them over the past few decades. But if it’s the threat to Americans in particular, it is also worth noting that since 9/11, right-wing extremists claimed more lives than “jihadists” have in America.

Bill Maher quoted Sam Harris mis-attributing to the late Christopher Hitchens the silly description of ‘Islamophobia’ as “a word created by fascists and used by cowards to manipulate morons.” This turned out not to be a Hitchens quote, but a slogan created by a provocateur, and used by bigots to get cheap applause from idiots. You cannot be a sensible person and look at (a) the hike in anti-Muslim hate crimes after 9/11, (b) the hysteria that breaks out around the building of mosquesin America, and (c) the use of anti-Muslim rhetoric in political campaigns and conclude that Islamophobia is manufactured. Islamophobia is real; it is destructive, and it should be confronted by all people of conscience.

Why All of This Matters

Ultimately, this isn’t about scoring points against Maher or his panel; this is about making this world a better place. The Muslim world is incredibly diverse, and can by no means be reduced to a single cohesive unit. From Eastern Europe to the horn of Africa, and from Lebanon to Indonesia, we are talking about fundamentally different societies and cultures. Some of these societies are more socially progressive than others; but in all of these societies, there are Muslims who are fighting for women’s rights and against extremism and violence, and they deserve our support against their reactionary opponents. To lump them all together under an ugly stereotype that’s defined by the Muslim world’s worst elements only alienates our progressive allies in Muslim societies and makes their causes all the more difficult to advance.

Bill Maher attempted to cite an Egypt poll, saying it showed that 80-90% of people in the country approved of death as a punishment for leaving Islam. The actual number is 64%, which is still horrifyingly high, and I am alarmed by it. An Israeli or a Palestinian may also be alarmed by the poll that found the majority of Israelisfavor discrimination against their non-Jewish neighbors. But how we express these concerns also matters. If some random city in America had a high crime rate in the African American community, and one public official said “I’m concerned about this problem” and another public official said “the blacks are a problem,” which of these two would we all (probably including Bill Maher) condemn as a racist? When concern for certain problems within societies turns into hostility towards inexcusably large groups of people who have little in common beyond some random demographic factor (in this case, religion), then that is a paradigmatic example of bigotry. And this type of bigotry puts entire communities under attack from the outside, thus distracting from their fight to advance and tackle problems within. If Bill Maher wants to take his progressivism seriously, he should really let go of reckless rhetoric and join the real fight to advance progressive causes within and without Muslim societies.