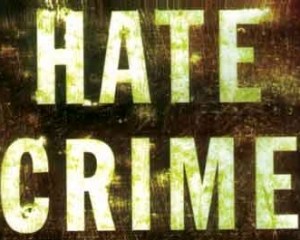 Another Iraqi refugee family has been targeted in a hate crime.

Man Forces His Way Into Home, Terrorizes Family From Iraq

ALBUQUERQUE, N.M. —A woman may have been the victim of a hate crime.

Police said the woman is from Iraq, and the man who beat her did because he thought she was a Muslim. She is actually Catholic.

The man forced his way into her family’s apartment off Montgomery Boulevard.

Investigators said he punched the woman in the faces while screaming, ‘I hate Muslims.’ He then stole cash and gold from the home, and ripped the family’s citizenship papers into pieces.

“This is a family that fled Iraq in 2007 because of religious persecution. This family is not Muslim. They’re Catholic and they fled because they were being tormented in their own county,” Officer Simon Drobik said.

The woman did not get a clear description of the man. Police think he may belong to an extremist group.