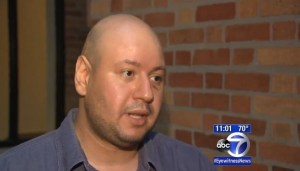 The New York chapter of the Council on American-Islamic Relations (CAIR-NY) today called on local law enforcement authorities to thoroughly investigate the Tuesday stabbing of a Muslim food cart vendor by a man reportedly shouting “Go back to your (expletive) country.”

The victim, an Egyptian native who manages a halal (Islamically-permissible) food cart on 28th street near Bellevue Hospital, was stabbed repeatedly in broad daylight on Tuesday afternoon. He told CAIR-NY that he saw a customer arguing with another food cart vendor over a sandwich. When he approached the men engaged in the argument in an effort to calm the situation, the customer faced him and allegedly said, “You don’t belong to this country. Go back to your (expletive) country (expletive),” and stabbed him a total of 15 times.

“We urge law enforcement authorities to investigate this incident thoroughly and to bring the alleged perpetrator to justice,” said CAIR-NY Director of Operations Sadyia Khalique. She added that religious and ethnic bias should be investigated as a factor leading to the attack.