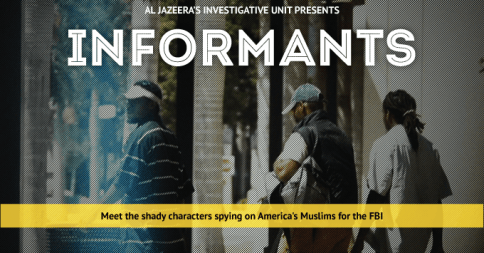 “As of 2008 the FBI had a roster of at least fifteen thousand informants–the number was disclosed in a budget authorization request that year for the $12.7 million needed to pay for software to track and manage them. The proportion who are assigned to infiltrate Muslim communities in the United States is unknown but likely to be substantial, given the the FBI’s prioritization of counterterrorism and its analysis of radicalization. There are also thought to be three tims as many unofficial community sources of information, known as ‘hip pockets.’” (Kundnani, Arun., “The Muslims Are Coming!,” p.198)