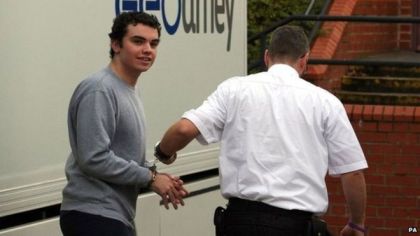 Where is the sensationalist mass media coverage  in response to this revenge plotter.

Where was he radicalized?

A man planned mass murder at his former college and a shooting spree on the Tyne and Wear Metro after building up an arsenal of weapons, a court heard.

But he denies eight charges of possessing the items with an intent to endanger life.

Newcastle Crown Court heard he told police he intended to “shoot a bunch of people” and blow up Newcastle College.

The jury heard a document found on his computer read “people will die”.

Prosecutor Nick Dry told the court that following concerns raised about posts he had made on Facebook in November under the name Felix Burns, police went to the house on Hamilton Place, Newcastle, where he lived with his mother and sister and searched his room.

Officers found items including a black handgun and canisters of CS gas, along with a black “kill bag” which contained a balaclava, safety glasses, elbow and knee pads and a number of pipe bombs with nails taped around them.

Laughing as he was transported to the police station, after being arrested, he told detectives that it had been a “fantasy that he had no intention of carrying out”, the court heard.

The jury was told Investigations revealed images of Mr Lyburd he had taken of himself dressed for combat, armed with a Glock and brandishing a knife.

Detectives also found conversations he had on Skype with a girl in Iceland in which he spoke of his desire to kill and had referenced Norwegian killer Anders Breivik, as well as Jaylen Fryberg who shot high school five students in the United States.

He also discussed shooting commuters on the Tyne and Wear Metro system, saying he would be on “Valium at the time, and how he would resort to using his machete if the gun jammed”, the court heard.