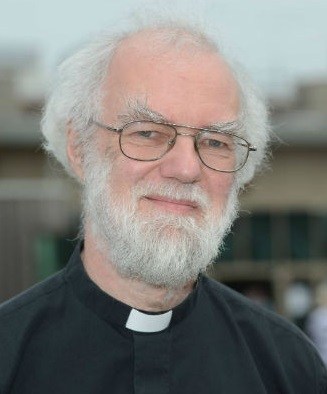 I’ve always liked the former Archbishop of Canterbury. He seems to represent the best of British society. Those eyebrows are fantastic as well!:

Islam is restoring traditional British values such as shared responsibility and duty, a former archbishop has said.

Rowan Williams said that Muslims had brought back “open, honest and difficult public discussion” in one of their “greatest gifts” to Britain.

He used a speech yesterday to criticise sections of the press for portraying Muslims as “un-British” and complained of “illiteracy” about religion among figures in government.

Secularist groups accused Dr Williams of “foolishness”, but his remarks were welcomed by British Muslim organisations.

Keith Porteous Wood, the executive director of the National Secular Society, said: “I’m still smiling about the comments he made about Sharia law a few years ago. You’d think he’d have learnt his lesson.”

In 2008, when still Archbishop of Canterbury, Dr Williams provoked controversy by stating that the application of some aspects of Islamic law in British courts was “unavoidable”. He also drew both praise and criticism after telling a literary festival in 2012 that the hijab gave some Muslim women strength.

Yesterday, Dr Williams, who stood down as the head of the Church of England to become master of Magdalene College, Cambridge, in 2012, told the Living Islam Festival in Lincolnshire that Christianity and Islam were shifting British values back towards the community.

He said that Britain was an “argumentative democracy” where “we are not just individual voters ticking boxes but individuals and communities engaging in open, honest and difficult public discussion. One of the greatest gifts of the Muslim community to the UK has been that they have brought that back to the people.”

Asked if he meant that Islam was rejuvenating British values, Dr Williams said: “Yes. I’m thinking of the way in which, for example, in Birmingham we have seen a local parish and a mosque combining together to provide family services and youth activities, both acting out of a very strong sense that this is what communities ought to do. ”

Earlier this year, David Cameron began a debate when he warned that a failure to be “muscular” in promoting British values had led to the rise of extremism.

Dr Williams appeared to offer a riposte yesterday. “It’s really important that we respect and try to understand diversity of conscience and belief and conviction in our environment,” he said. “These are not just about what makes us British, they’re about what makes us human.”

Andrew Copson, chief executive of the British Humanist Association, warned that the speech could undermine the UK’s social cohesion.

“Narratives that promote the view that religious belonging is necessary for social responsibility may be comforting to those for whom the promotion of religion is a profession, but in the UK they are totally unsupported by evidence,” he said.

Muslim groups praised Dr Williams’s intervention. Dilwar Hussain, chairman of the Muslim charity New Horizons, said: “That is a sentiment we would agree with, very much. We would also be concerned about any of those values being taken to extremes, whether it’s communitarianism or individualism.”

According to the Guardian report: “Rowan Williams, the former Archbishop of Canterbury, one of a number of non-Muslim speakers, gave a talk entitled ‘What do British values look like and is there room for Muslims?’ He expressed his unease about focus on British values rather than values of human beings generally. ‘The setting-up therefore of British values against any kind of values, whether Muslim or Christian, just won’t do,’ he said.