By Emperor on August 7, 2014 in Loon Politics, Loon Violence, Loon-at-large 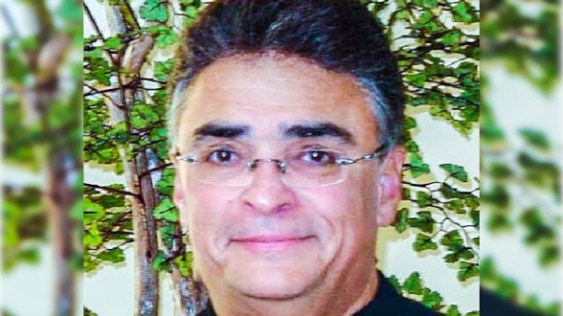 This isn’t “offense,” this was incitement to violence. This Repugnant, Gavin Ellzey should know that there are more than a few that would put him in his place if he even dared to reach for a gun.

Local Kansas GOP official: ‘Offending Muslims is the duty of any civilized person. Especially with a .45.’

Gavin Ellzey, the vice chairman of the Kansas Republican 3rd Congressional District Committee, advised on Twitter in early July that “offending Muslims is the duty of any civilized person.”

In an interview with The Star, the Overland Park resident acknowledged writing the tweet in response to television news reports about Christians being “crucified” overseas.

“I’ve had folks call me,” he added. “I’m not trying to offend anybody. I sure wouldn’t shoot anybody. I don’t even own a gun.”

Mahnaz Shabbir of the Crescent Peace Society said she was shocked when she saw the tweet.

“We’ve been doing a lot of work in the community to try to help others understand who we are,” she said. “When something like this comes across my computer, my first reaction is like, are you kidding me?”

She pointed out the tweet came just months after the shootings at the Jewish Community Center.

Shabbir said that Ellzey should be removed from his minor party office and that the Kansas GOP should apologize.

Clay Barker, executive director of the Kansas Republican Party, said the state party has “no responsibility for or connection to the public statements of private citizens who perform volunteer work for the party.”

He added that the “party in no way shares Ellzey’s sentiments on Muslims.”

Barker said new party officers would be selected in about two months in the wake of Tuesday night’s primary.

Told that the words were explosive, Ellzey said, “You’re right,” and said at another point, “I’m not trying to give offense to anybody.”