Italy – On Saturday some 40,000 supporters of the right-wing Lega Nord party took to the streets of Milan to protest against immigration, under the slogan “No to invasion”.

Lega Nord secretary Matteo Salvini, who headed the march, stopped the demonstration for several minutes outside the town hall to lead the protesters in chants against a plan to build a mosque in Milan.

The march was joined by a contingent of several hundred militants from the fascist organisation Casa Pound.

The Lega Nord demonstrators were confronted by an anti-racist counter-protest organised under the slogan “Those who love freedom hate racism. Stop Lega Nord”. 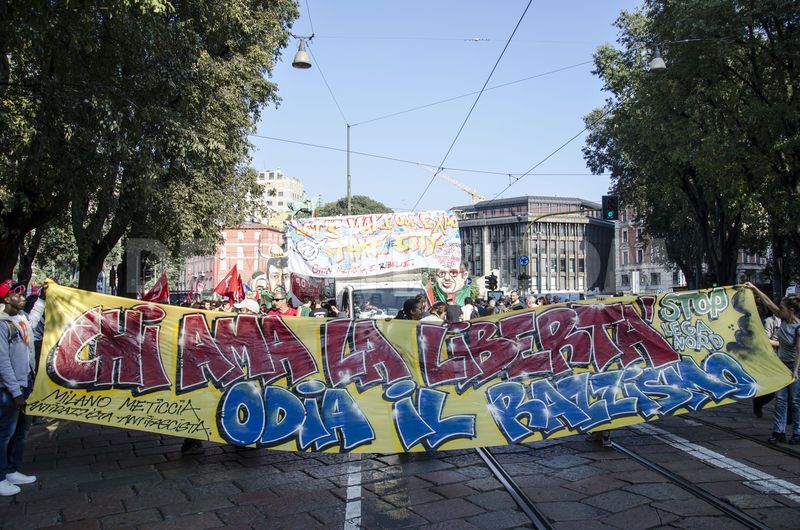