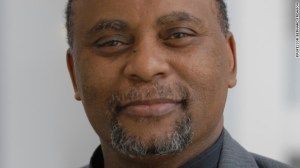 In the past few months, the world has witnessed horrific accounts of the enslavement of thousands of innocent Yazidis and other religious minorities by ISIS partisans in Iraq and Syria.

In a recent article in its online English-language magazine, ISIS ideologues offered legal justifications for the enslavement of these non-Muslim non-combatants, stating that “enslaving the families of the kuffar [infidels] and taking their women as concubines is a firmly established aspect of the Shariah or Islamic law.”

The article argues, based on a variety of Shariah sources, that ISIS partisans have a religious duty to kill or enslave members of the Yazidi community as part of their struggle [jihad] against their enemies.

This argument is plainly wrong, hypocritical and astonishingly ahistorical, relying on male fantasies inspired by stories from the days of imperial Islam.

It is also an affront to right-thinking Muslims everywhere and a criminal perversion of Islamic law, particularly its primary source, the Glorious Quran.

Jurists around the world acknowledge that there is now a universal consensus recognizing an irrefutable human right to be free from slavery and slave-trading.

This right, like the rights to be free from genocide, torture, racial discrimination and piracy, has become a bedrock principle of human affairs. ISIS seeks to remove Islamic jurisprudence from this universal consensus by citing Quranic verses that recognize the existence of chattel slavery.

Citation to Quranic verses on chattel slavery at first blush seems to make this point because the Quran, like other religious texts, accepted the existence of chattel slavery as a fact of life at the time of its revelation.

It is also true, however, that the Quran established an entirely new ethic on the issue of slavery and ISIS’s selective use of certain Quranic texts to justify contemporary chattel slavery ignores this fact.

There is not one single verse suggesting that the practice should continue. Further, the Quran makes no mention of slave-markets or slave-trading and it repeatedly exhorts believers to free their slaves as an exemplification of their piety and belief in God.

Perhaps the best example of this emancipatory ethic is chapter 90, which is explicitly addressed to the Prophet Muhammad. It posits that there are two roads one can take in life and that the “high road” is the one that leads the righteous human being to free slaves.

The Prophet followed this exhortation, exhibiting a great solicitude for the material and spiritual condition of the slaves in the society around him. His example inspired his companions to emancipate thousands of slaves and, in an oft-quoted statement, he remarked that he would meet the man who “sells a free man as a slave and devours his price” on Judgment Day.

This is an explicit condemnation of trafficking in free human beings.

It is true that there are reported examples from the Prophet’s life that describe him as giving and receiving slaves and he even used slavery as a tool of conquest in war.

He freed all of his individually owned slaves and the wartime circumstances in those reports were very unique, involving specific people who engaged in war or treachery against him.

There is only one Quranic verse, 47:4, that authorizes capture of prisoners of war and it does not permit slavery, ordering military commanders to either free the prisoners gratis or hold them for ransom.

Enslaving a prisoner of war is therefore arguably illegal and certainly enslaving a non-combatant is likewise an Islamic crime.

Many forget that, for hundreds of years, Muslim imperialists and slave-traders illegally raided non-combatant villages in Eastern Europe, West Africa, East Africa, India and Southeast Asia, plundering, pillaging and capturing and raping women and children with impunity under pretextual jihads.

It seems that the ISIS ideologues want to revive this shameful legacy.

Traditionalist interpreters conclude that slavery is lawful in Islam simply because there is Quranic legislation regulating it, suggesting an implied permission.

Even the traditionalists must acknowledge, however, that all of the Quranic verses on slavery arise in contexts that overwhelmingly encourage emancipation.

Why is this? It is because the Quranic intendment contemplated a gradual disappearance of chattel slavery.

This is exactly what has happened in history. ISIS refers to the disappearance of chattel slavery in the Muslim world as an “abandonment” of the Shariah.

This is wrong. Rather, the verses contemplate the advent of a slavery-free society through the vehicle of emancipation.