By Emperor on November 6, 2014 in Loon Violence, Loon at large 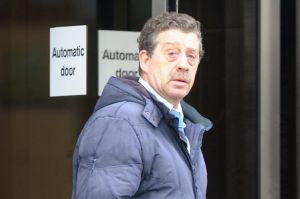 Emiliano Sanchez, 59, confronted Shirin Akter outside a Lidl store and asked her: “Why are you wearing this? This is not the Quran and it is not allowed in this country.”

The Spaniard then pulled off her niqab and minutes later said to a Lidl worker: “Did you see that Pakii? I told her to take that thing off her head.”

At Glasgow Sheriff Court last Friday, Sanchez admitted harassing Shirin and acting in a racially aggravated manner towards her in the city last November.

Sheriff Alayne Swanson said the offence was “serious enough” for Sanchez to be jailed but instead ordered him to carry out 250 hours of unpaid work in the community.

The 32-year-old mother-of-one Shirin, said: “He should have been sent to jail.

“The fact that he wasn’t sends out the wrong message to people.

“Racism is something which shouldn’t be tolerated anywhere.

“I was left scared to go out with my six-year-old daughter and was living in fear of being attacked again.

“I was afraid every time I went out that it could happen again – it’s not the way people should have to live.

“I was very upset after the attack. I had a full face veil with just my eyes showing. It is important to me because it is my religious faith and I feel comfortable in public with it on.”

Standing up to bullies can lead to hate crimes.

Maryam, 19, was confronted by a group of white girls at Piccadilly Gardens on Tuesday after expressing her disgust at the way they were treating a beggar.

As a result, she was subjected to a torrent of racial and physical abuse by the gang, which left her in tears.

The gang shouted: “Go back to your country you f*cking terrorist Paki, I will bomb your face off.”

Then they slapped her face, before pulling her hijab off and kicking her on the left side on the hips.

“What bothered me was what she said. The words hit me more than the physical attacks,” Maryam said.

“You know when you hear these things being said and you get really upset that people are saying these things, but try having someone screaming it to your face.

“I felt weak. I feel horrible from shock I started crying. My friend, from the shock stood there didn’t know what she was doing.”

The group of girls had initially hit out at a hijabi beggar, telling her to ‘go back to your own country’ and ‘if I went to your country and begged for money I would get kidnapped and killed’.

Maryam said: “Maybe it wasn’t my business because I knew I was getting myself into trouble, but then I thought if I don’t stand up against these people, who will? Will they ever learn?

“I can’t keep seeing people get verbally abused. It was a disgusting scene and I hope, I really hope no one ever goes through this.

“I did go to the police station and filled a report and a statement and there’s 0.1% chance they will find these girls but I did the right thing.