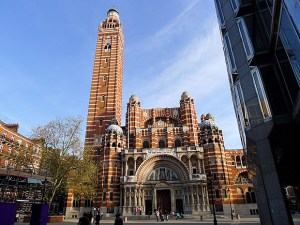 #ThingsThatAreNotMosques How did this hilarious hashtag get started? HOPE Not Hate explains

South Thanet UKIP branch have been left with egg on their face after making a huge mistake on the social network Twitter.

The BBC politics programme Daily Politics made a posting on their own Twitter feed that was attempting to demonstrate whether Nigel Farage had what it takes to become Prime Minister. 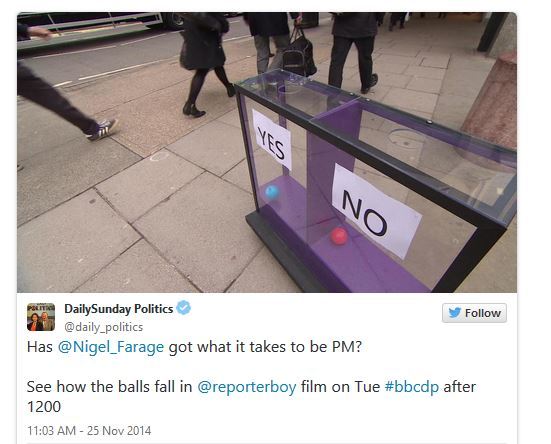 The BBC reporter Giles Dilnot posted a photo of two boxes, one labelled “Yes” and the other “No” and asked locals to take part in a simple opinion poll by posting a coloured ball in the appropriate box, with the results being revealed on the programme today. 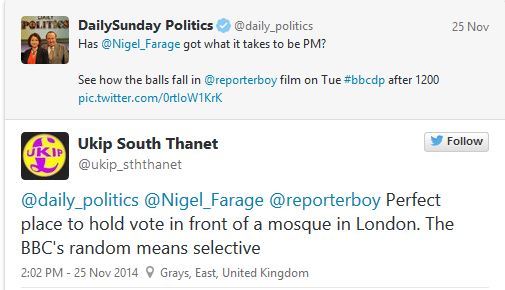 South Thanet UKIP, the same area in Kent where Nigel Farage is aiming to become an MP in the general election next year to exception to the photograph posting a reply that said ” Perfect place to hold vote in front of a mosque in London. The BBC’s random means selective”

South Thanet UKIP asked Dilnot for the location and the BBC journalist was only too happy to oblige, informing the red faced Kippers that the photo was actually taken outside Westminster Cathedral !!