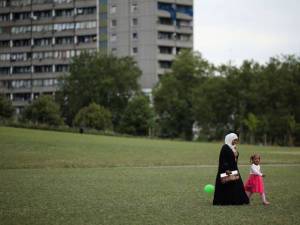 Muslims are facing the worst job discrimination of any minority group in Britain, according to new research which found that they had the lowest chance of being in work or in a managerial role.

Muslims were the most disadvantaged in terms of employment prospects out of 14 ethno-religious groupings in the UK, researchers Dr Nabil Khattab and Professor Ron Johnston found using data from the Office for National Statistics’ Labour Force Survey of more than half a million people. Skin colour made little difference to the figures.

Dr Nabil Khattab, of Bristol University, said the situation was “likely to stem from placing Muslims collectively at the lowest stratum within the country’s racial or ethno-cultural system due to growing Islamophobia and hostility against them.

“They are perceived as disloyal and as a threat rather than just as a disadvantaged minority,” he added. “Within this climate, many employers will be discouraged from employing qualified Muslims, especially if there are others from their own groups or others from less threatening groups who can fill these jobs.”

Dr Khattab said the “penalties” for being Muslim got worse when applying for better-paid managerial or professional jobs.

“If this persists, it could have long-term implications for the cohesion of the UK’s multi-ethnic, multicultural society. The exclusion of well-qualified black and Muslim individuals could undermine their willingness to integrate in the wider society,” he said.

The only ethno-religious group with better work prospects than white British Christians were British Jews, with women and men 29 and 15 per cent more likely to be employed.