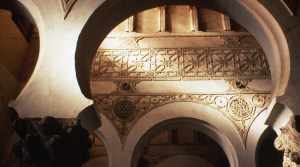 See part I in this series: Jews and Muslims: Its Complicated

The history of the relationship between Islam and Judaism cannot be done justice in this short series, not least because the topic is massive and has also been subjected to falsifications and manipulations by agenda driven commenters.

In my research on the topic I have come across a few interesting contributions of collective work that I highly recommend, such as the recent work led by respected historian Benjamin Stora and the late Abdelwahhab Meddeb.

That being said, the following points are clearly established:

When reading the Quran, hadith, and any historical document that sheds light on such events, it is important to have these aforementioned elements in mind. Many commentators tend to generalize about Muslim-Jewish relationships and completely toss aside the context behind events. Context was and has always been key when understanding the conditions that lead to proximity or conflict.

After the death of Prophet Muhammad (pbuh) and the first Muslim conquests and expansion, a set of rules were codified and documented to establish the status of Christians and Jews living under Islamic law (herein enters the debate over the pact of Umar and whether it was a historical forgery).

These rules, which were not canonical from an Islamic perspective, impacted several aspects of Christians and Jews’ collective rights which were protected in exchange for allegiance, payment of Jizya tax, and acceptance of a ban on carrying weapons (except when recruited for military service, which would exempt them from the Jizya tax).

Rebellions or attempts to resist the conquest were repressed (as for al Kahina, whose fate is not clear, she is assumed to have died either fighting the Arab conquerors or by committing suicide, her children would later cooperate with them), which was consistent with war doctrines at the time.

Though the Dhimma status prohibited them from carrying weapons, many historical accounts show that Jews participated in military conquests. Jewish Berbers were directly involved in the conquest of Andalusia or during battles such as in Poitiers which shows that the concept of “Muslim conquests” is slightly simplistic. Besides, many stipulations of the Dhimma laws were not always executed or monitored completely, there were pragmatic usages depending on the time, place and general circumstance.

The Dhimma status, now subject to a lot of vilification by Islamophobes, while not ideal was advanced during its time (for instance compared to the Christian perpetual servitude). It represented a drastic improvement for Jews living in Wisigoth Spain. Dhimma status guaranteed protection and collective rights to communities though it was often subject to the goodwill of local rulers. 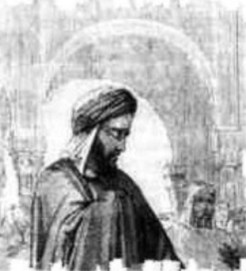 When times were good it opened the door to many prominent Jews to hold important positions, such as Hasdai Ibn Shaprut or Samuel Ibn Naghrela. Not only did Ibn Naghrela contribute to the revival of Hebrew poetry, he was also a respected military commander who liked to call himself “The David of my times” while leading a Muslim army for the Taifa kingdom of Granada. His son Joseph Ibn Naghrela would succeed to his father’s position as Vizier of Granada before being murdered during the Granada massacre. At times, the status of dhimma also meant that prominent intellectuals such as Moses Maimonides expressed public views and stirred controversies.

Nevertheless, that coexistence also had its low periods, such as the Granada massacre that happened after the Almoravids arrived in Andalusia, or the persecution of Maimonides himself by the Almohads, which pushed him to exile (first to Morocco and then to Egypt).

These episodes should be researched and analyzed, they underline that relations between Jews and Muslims were not some mythological utopia. Jews lived as second class citizens and suffered massacres during unstable times (in Granada as mentioned or Fez in 1033). Such instances were however less violent than the sectarian conflicts that were setting Europe ablaze during the Middle Ages: massacres committed by crusaders after the siege of Maa’rra (with instances of cannibalism) or the pillaging of Jerusalem.

Violent episodes such as those mentioned remain exceptions and not the general rule. Recent polemics and historical studies on these topics (such as Bernard Lewis’) are more often dictated by contemporary agendas than by historical research. This is a recurring problem, as historical events are hijacked by Islamophobes on the one hand and apologists on the other, then manipulated for contemporary political purposes.

I borrow this quote from the comprehensive article written by Danios on the topic. Israeli historian Nissim Rejwan addresses the situation under Ottoman rule, and sums matters well in his book “Israel’s Place in the Middle East: A Pluralistic Perspective”:

Under Ottoman Islam, which by the beginning of the sixteenth century dominated Syria [including Palestine] and Eygpt, the conditions under which the Jews were permitted to live contrasted so strikingly with those imposed on their coreligionists in various parts of Christendom that the fifteenth century witnessed a large influx of European Jews into the [Ottoman] Sultan’s dominions. During the first half of that century, persecutions had occurred in Bohemia, Austria, and Poland, and, at about this time, two German rabbis who sought and secured refuge in the Ottoman Empire wrote a letter to their community extolling the beauties and advantages of their new home.

But it was the measures taken against the Jews in Spain, culminating in their expulsion in 1492, that gave the greatest momentum to this migration. The Jews who chose to settle in various parts of the [Ottoman] empire found their surroundings rather congenial, and they, in turn contributed greatly to the flowering of Ottoman civilization…Marranos, who in Christian Spain had embraced Christianity to escape persecution and death, abandoned their disguise and returned to Judaism. Istanbul soon came to harbor the largest Jewish community in the whole of Europe, while Salonika became a predominantly Jewish city. The degree of the Jews’ integration into the life of Ottoman Islam was such, indeed, that two notable non-Jewish students of modern Islam found that there has been, in their words, “something sympathetic to the Jewish nature in the culture of Islam,” since “from the rise of the Caliphate till the abolition of the ghettos in Europe the most flourishing centers of Jewish life were to be found in Muslim countries: in Iraq during the Abbassid period, in Spain throughout the period of Moorish domination, and thereafter in the Ottoman Empire.”

…At the turn of the eighteenth century, the Jewish community in Jerusalem experienced a growth in numbers at an inordinate rate…According to a recent study by Tudor Parfitt, however, the startling increase in Jewish immigration to Jerusalem in the nineteenth century took place “not because the attraction of Jerusalem as the holy city grew, but because political and other factors made such immigration increasingly possible.”

…In nineteenth-century Palestine, he adds, such tolerance was “a consistent part of the relationship between the Ottoman authorities and the Jews.” He quotes European travelers as remarking on “the perfect religious freedom” that prevailed…One of these travelers, J. Wilson, is quoted as saying that “entire freedom of worship…is now accorded to [the Jews] and they are left to manage their own internal affairs without interference from any other quarter.” …

By way of conclusion, a word of caution is in order…It must be pointed out that the picture has not been uniformly so rosy and that instances of religious intolerance toward and discriminatory treatment of Jews under Islam are by no means difficult to find. This point is of special relevance at a time in which, following a reawakening of interest in the history of Arab-Jewish relations among Jewish writers and intellectuals, certain interested circles have been trying to… Judeo-Arabic tradition or symbiosis by digging up scattered pieces of evidence to show that Islam is essentially intolerant…and that Muslims’ contempt for Jews was even greater and more deep-seated than that manifested by Christians…

Such caricatures of the history of Jews under Islam continue to be disseminated by scholars as well as by interested publicists and ideologues. Indeed, all discussion of relations between Jews and Muslims…is beset by the most burning emotions and by highly charged sensitivities. In their eagerness to repudiate the generally accepted version of these relations (a version which, it is worthwhile pointing out, originates not in Muslim books of history but with Jewish historians and Orientalists in nineteenth-century Europe), certain partisan students of the Middle East conflict today seem to go out of their way to show that, far from being the record of harmonious coexistence it is often claimed to be, the story of Jewish-Muslim relations since the time of Muhammad was “a sorry array of conquest, massacre, subjection, spoilation in goods and women and children, contempt, expulsion–[and] even the yellow badge…”

…[But] by the standards then prevailing–and they are plainly the only ones by which a historian is entitled to pass judgment–Spanish Islamic tolerance was no myth but a reality of which present-day Muslim Arabs are fully justified in reminding their contemporaries…Tolerance, then, is a highly relative concept, and the only sensible way of gauging the extent of tolerance in a given society or culture in a given age is to compare it with that prevailing in other societies and cultures in the same period…

The only plausible conclusion one could draw from the whole debate is that, while Jewish life in Muslim Spain–and under Islam generally–was not exactly the idyllic paradise some would want us to believe, it was far from the veritable hell that was the Jews’ consistent lot under Christendom.

In general, Jews and Muslims shared a similar fate, together they were the target of horrible massacres during the crusades, and were both victims of the Spanish Reconquista. As a result of the massacres and expulsions (which today would be described as genocide/ethnic cleansing), most Spanish Jews chose to seek protection and flee to North Africa or lands under the rule of the Ottoman empire.

The cooperation between both Jews and Muslims in North Africa, Andalusia, the Middle East and Balkans has created a civilizational legacy that still lives on today in fields such as science, philosophy literature, music, etc. It contributed to the effervescence of ideas that provided a framework for the European renaissance.

To be clear, Jews lived under the rule of Muslim empires and monarchies, which were subject to the appreciation of local rules, and had to respect those laws. The fate of messianic figures such as Sabbathai Zevi and his millenarian movement in 1666 (proclaiming himself as a messiah, expanding his movement before publicly ending it and undergoing a forced conversion to Islam) shows that there was a lot of room for expression but that there were red lines.

Religious freedom was prevalent but involved restrictions (such as non-Muslims being prevented from entering the Cave of the Patriarchs). That was a time where there was no sense of secularism, and little consideration for democracy or individual human rights. It was a time when rights were addressed for communities and less so for individuals. This is what makes any comparison with today’s political systems and world order problematic. On the other hand comparisons with political systems that existed at the same time show that the condition of Jews in the “Muslim world” was still far better than in many European lands.

Things started to change as the era of revolutions and imperialism gradually brought Muslim majority lands under the sphere of European domination. At the same time competing modernities brought new challenges and changed the rules of the game for minorities in these lands. In the next installment in the series I will discuss the great shifts caused by foreign interference, the many responses and interactions with various modes of modernity and the affect this had on Jewish-Muslim relations.