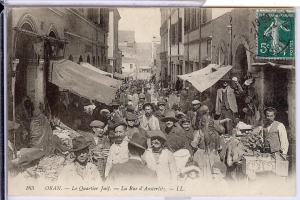 Read part I and II in this series

The revolutions that swept across Europe: the French revolution, the Napoleonic wars and the 1830-1848 revolutions had a tremendous effect on the lives of people in the Muslim majority world:

These changes are all well-known (documented by the late British historian Eric Hobsbawm), but most historical analysis focuses less on an important aspect: the impact of enlightenment ideas and modernity, especially on Arab minorities, including Arab Jews.

As explained in the last article, Jews (and Christians) lived under the Dhimma status, which provided a framework for protection and collective rights. The major paradigm shift was about the term “collective,” as this new era of modernity advanced the role of the individual and the importance of his/her rights.

European powers also declared themselves the protectors of so-called repressed minorities, such as the Druze or Maronite in Lebanon; a cynical move which sought to manipulate groups in order to increase their influence.

While the Enlightenment ideas were clearly instrumentalized for ulterior motives,  they were still attractive to minorities who aspired to a better status than second class citizenship. It should be noted however that there was also great tumult when changes were put into place, many minorities did not desire change to the status quo.

The decline of the Ottoman empire and other Muslim states led to a situation where they were incapable of addressing new challenges brought by modernity, they could not re-invent a legal system that worked for centuries but required adjustments or reforms in a new context. There were attempts to do so but they did not stir massive support, and were inaudible in the context of European aggressions.

European colonial powers also enacted laws and decrees that were clear “divide and conquer” measures, such as the Crémieux decree in Algeria (named after Jewish French politician Adolphe Crémieux), which allowed for native Jews to become French citizens while Muslim Arabs and Berbers were excluded and remained under the second-class ‘indigenous’ status outlined in the “Code de l’Indigénat.” 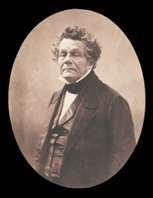 There were many other examples, (such as the French promotion of Berber separatism in Algeria and Morocco to no avail), and while the previous example is specific to Algeria, it shows the impact of colonialism on coexistence between Algerian Jews and Muslims.  As their lifestyles changed, they started naming their children differently (moving from typical Arabic Jewish names such as Mardochee or Haim to French names such as Raymond, Maurice or Marcel), living in different neighborhoods and studying under different educational systems (if they ever went to school at all, since the indigenous populations were globally excluded from any education).

The Impact of European Anti-Semitism

Historically, while some limited collaborations existed, the lives of European and Arab Jews was quite different. It is impossible to list all of these differences, but it is important to highlight that the condition of European Jews, and the persecutions they were subjected to (pogroms in Eastern Europe, discrimination in central Europe, Anti-Semitic public campaigns such as the Dreyfus affair in France) ended up impacting the Muslim world.

The history of Anti-Semitism is complex, and should be differentiated depending on the European countries and regions, but their concrete effects resulted in European Jews debating the best ways of addressing them, choosing between different strategies: 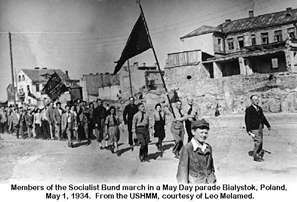 These directions are not a comprehensive outlook and strategies were not as clear cut, but this shows the different strategies that Jews had when facing European Anti-Semitism. The objective of this article is not to qualify which strategy is the best, nor to draw any political equivalence between such approaches. I am myself extremely opposed to Zionism but my criticism is not the topic of this article, the intent is to examine what happened and the resulting consequences.

Overall, the majority of European Jews either chose assimilation or immigration to the USA until 1924. The rise of Nazism in Germany and anti-immigration laws in the US aimed at European Jews changed the situation drastically and made the Zionist project an alternative in the 1930s and after WW2.

The Zionist movement started organizing departures of European Jews towards Palestine for settlement. The Balfour declaration provided the movement with political cover for departures, leaving the British in a situation where they had to balance their promises toward Zionist leaders with the promises of independence they made to Arab leaders. The British never established a clear strategy in the face of the arrival of Jewish settlers which led to more tensions and increased conflict such as the 1929 Hebron massacre.

While they were incapable of addressing the demands of both communities, the actions of the British strengthened the Zionist movement at the expense of Palestinian society and its leadership. For instance when they militarily crushed the 1936-39 Palestinian intifada and also simultaneously trained Zionist settlers, including many future Israeli army leaders within their ranks, such as Moshe Dayan. The events in the 1920s-30s gradually led the Zionist movement to become stronger, more militarized and tempted to implement an expulsion of the Arab population.

The outcome of the 1947-49 war was made predictable by the combined: crushing of the 1936-39 Palestinian insurgency (leaving the Palestinians with most of their political leadership either dead, in prison or in exile, crushed militarily, and with hardly any organized militia), the acquired military experience and weaponry by Jewish Hagganah and Irgun movements (during the Intifada and WW2), and the moral outrage following the horrific WW2 holocaust, which drew sympathy to the Zionist cause from the European and American public.

Joseph Stalin provided unexpected support to the Zionists first by allowing several tens of thousands of Polish Jews to emigrate to Palestine, including trained soldiers who had participated in resistance movements during the war, and by providing an important weapon shipment via. Czechoslovakia that David Ben Gurion later acknowledged to be decisive.

Ironically Joseph Stalin provided this decisive support to Zionists while conducting anti-Semitic campaigns in the Soviet Union and Eastern Europe.

On the field, despite the intervention of Arab armies, the Hagana/Irgun and other militias outnumbered them, most estimates range between about 60,000 troops on the Israeli side versus less than 30,000 on the Arab side. The only army that was a potential threat to the Zionist militias was the Jordanian Arab legion, which never entered the battle due to a secret agreement between Golda Meir and King Abdallah, where the latter agreed to stay away from the conflict while being allowed to annex the West bank.

The war itself is subject to a lot of controversies, regarding the different strategies undertaken by the belligerents, the factors that led to the Israeli victory and the intentionality behind the mass expulsion of the Palestinians. The narrative of an Israeli “David” fighting heroically for its survival against superior Arab “Goliath” armies and winning against the odds has been the mainstream story for decades on the Israeli and Western side.

This view has started to erode since the 1980’s with the emergence of Israel’s “new historians”, the picture is now more nuanced, showing that the odds for an Israeli victory were even, if not overwhelmingly in its favor.

Nearly 80% of the Palestinian population living within the new state of Israel were expelled in what is known as the Nakba, most of them became refugees even before David Ben Gurion declared independence. (As often is the case in such tragedies, estimates are subject to speculation, the official figure is 711,000 Palestinians while 10,000 Jews were forced to evacuate their homes from Arab dominated parts of former Mandatory Palestine).

This was clearly shown and documented by the generation of “new historians,” who accessed the Israeli archives in the 1980s, confirming that the Palestinians were forced out massively and violently. There is a debate among the historians as to whether the expulsion was planned in advance (Benny Morris claims that it wasn’t whereas other historians such as Avi Shlaim or Illan Pappé conclude the opposite), but they all confirm that Palestinians were forced to leave their home. After the war, they would never be given any possibility to return to their lands, despite Israel signing UN resolution 194 that allowed such a return.

The irony is that Zionism, which presented itself as a liberation movement for Jews, became a colonization and expansionist movement for Arabs. That dilemma is still there, especially after the 1967 six-day war which saw the Israeli occupation of the West Bank, Gaza, Sinai, and Golan heights (an occupation that still goes on except for the Sinai peninsula).

While the narratives continue to be debated, two points are indisputable:

The next and final article in this series will cover the separation between Arab Jews and Muslims, its reasons and effects and what we can and must do now.