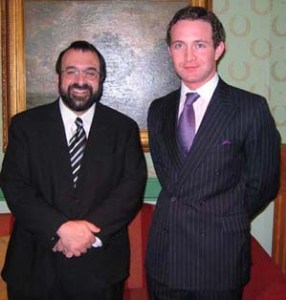 If I had no shame, I’d advertise myself as an expert on Christianity. In fact, if you think about it, I know more about Christianity than most of Islam’s fiercest critics—including former, or unclearly Muslim public spokespersons for the latest round of intellectual Orientalism—do about Islam. Not only do I have Christian friends, but I’ve read the Old Testament, the New Testament, and the Book of Mormon. I grew up in a predominantly Christian town, and live in a predominantly Christian country. Compared to most of our talking heads, I’m a veritable once-in-a-century phenomenon.

I’ve traveled to numerous churches, spoken across the country to many largely Christian audiences, and have visited other mostly Christian countries, like Spain and England, Australia and Canada. Oh, and Mexico. I speak the language of the world’s largest Christian country—fluently. In fact, I’ve even taught writing courses in college honors programs—in English. I’ve written a book in English. I must know everything about everything. But I’m not a white man, so I can’t get away with it.

I also have self-respect, so I don’t want to. I don’t even claim expertise on traditions outside my own. Even within my own. Just yesterday, I received the latest copy of the Hartford Seminary’s The Muslim World, which was guest edited by a friend, the Reverend Douglas Leonard. (Some of my best friends are Christian!) It’s dedicated to Ibadi Islam, the dominant Muslim tradition of Oman. I was ashamed to say that I knew, and still know, very little, about one of traditional Islam’s three branches, being by birth and choice a Sunni Muslim.

But I am happy to learn more.

And yet, every time it turns to Islam, there’s a Bill Maher or Sam Harris, who really know how much about anything Muslim, pronouncing about Islam. Sometimes they even have Muslim interlocutors, who interpret Islam for them. They appear to have no more than ten or twelve of these, who they pass between themselves when most necessary. At no point does anyone ask: On what basis can you claim to speak on nearly 2 billion people? If you really were so concerned to study Islam, would you not make any effort to study something about Islam—considering how many resources you have available—while you pronounce so inelegantly upon it?