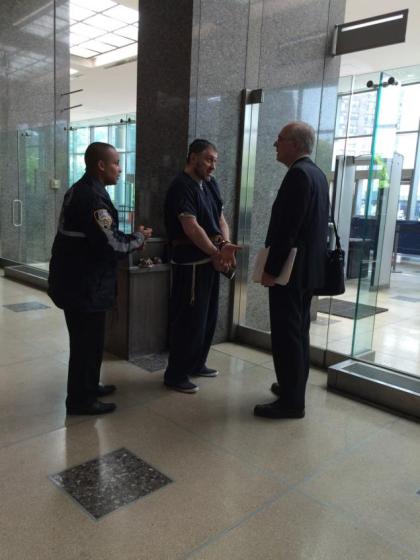 Mental health is a serious issue that shouldn’t be belittled or easily dismissed but one has to question why Muslims who commit a crime of violence are almost never treated in a like manner. There are people behind bars for plotting or aiding terrorism, due to nothing more than government entrapment, who are certifiable insane and in need of “medical help,” not lengthy jail sentences.

A Queens kook was sentenced Tuesday to six months of house arrest and mental treatment for sending an email threatening to kill an employee of the Council on American Islamic Relations.

Bernhard Laufer, 57, is still facing attempted murder as a hate crime charges in state court for stabbing the caretaker of the Masjid Al-Saaliheen Mosque in Flushing in 2012 after uttering an anti-Muslim epithet.

“I’m sorry for what I did,” Laufer said in Brooklyn Federal Court. “I was not thinking logically. I need medical help.”

Judge Raymond Dearie said the one year that Laufer has spent in custody since his arrest on the federal charge was sufficient time served. But the judge expressed concern that there is no guarantee that psychiatric hospital will accept Laufer for in-patient treatment.