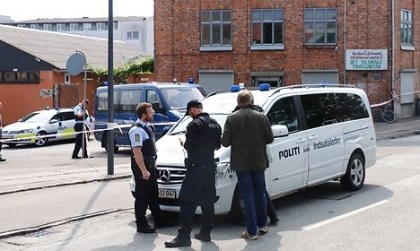 Recently, Denmark has been in the news for its ban on Kosher and Halal meat, interestingly until April of this year animal brothels were legal and frequented, finally banned with a 91-75 vote due to international pressure.

Denmark has a virulent and hateful trend of Islamophobia in its society and bigots willing to act on that hate. Earlier this year a Muslim cemetery was vandalized and now a mosque that had 40 occupants was targeted in an arson attack.

Danish police said Sunday they had arrested a man on suspicion of torching an Islamic centre in Copenhagen’s Nordvest district earlier in the day.

“At 11.31am, the police were informed that a man had started a fire by throwing a flammable liquid … at the Muslim centre,” a police statement said.

The fire, which caused only superficial damage to the outside of the building, was quickly contained, police said. Some 40 people were inside the building at the time.

The suspect, who was born in 1980, will appear in court on Monday. Police said that the suspect has been previously convicted on charges that include vandalism.

The building complex belongs to the Islamic Society in Denmark (Det Islamiske Trossamfund), whose members also worship at an adjoining mosque. The group denounced the fire as “an act of terrorism” on its website.

This act “was likely the result of political and religious motives… As tragic at it is, it unfortunately does not surprise us,” the centre said.