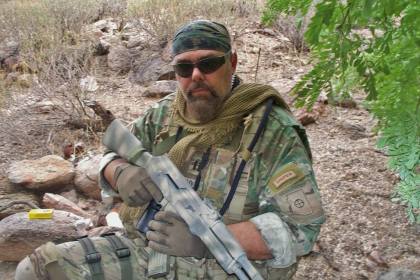 Three members of a border militia group are behind bars, charged with conspiracy to sell cocaine. They were caught in an FBI sting operation, involving an undercover agent, a plot to steal drugs and money from cartel smugglers, an offer of murder for hire and a high speed chase through the streets of Phoenix.

According to a criminal complaint filed in U.S. District Court, Customs and Border Protection agents first made contact with Frazier during a traffic stop in January. The complaint states that the agents mentioned that they had recently lost contact with an informal source, who was giving them details about illegal activity. Frazier reportedly stated that he would like to make contact with that informant in order to help the Border Patrol.

Two weeks later, an undercover FBI agent made contact with Frazier, claiming to be the Border Patrol’s source.

“Frazier said he had a small group of Patriots that he trusted and they were trying to take care of (steal) anything that came up out of Mexico (drugs) or was going back into Mexico (bulk cash), but they preferred the cash loads going south. Frazier told the UCE that if he provided decent intel on stuff going south (bulk cash), Frazier would give the UCE a percentage of whatever is taken.”

The complaint states that over the course of the next six months, the undercover agent made contact with Frazier several more times, and set up fictitious drug and cash “rips” that were monitored by the Phoenix Police Department and the FBI. At one point, Frazier reportedly offered to kill anyone the undercover agent wanted “taken out.”

The complaint describes instances where authorities set up scenarios in which Frazier and his team believed they were stealing cartel cash.

American Islamophobia, Anti-Muslim, Islam, Islamophobia, Jon Ritzheimer, Muslims, racism, What if they were Muslim, Where were they radicalized?, White Supremacy