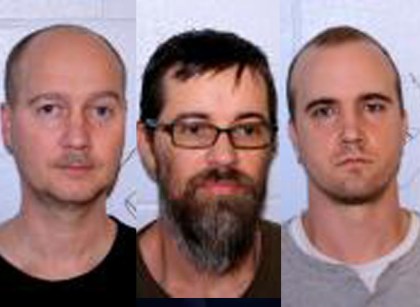 You might not hear of these three guys who just wanted to use weapons of mass destruction against government infrastructure and personnel.

Three Rome residents who pleaded guilty to conspiracy to use weapons of mass destruction in attacks against federal government agencies will spend the next several years in federal prison.

Brian Cannon, Terry Peace and Cory Williamson were all sentence last week for planning to “attack critical infrastructure while motivating militia groups in other states to rise up and join them in removing government officials who they believed had exceeded their constitutional power,” the U.S. Attorney’s Office for the Northern District of Georgia said.

Cannon, 37, Williamson, 29, and Peace, 47, were all sentenced to 12 years in prison. That will be followed by five years of supervised released and 100 hours of community service.