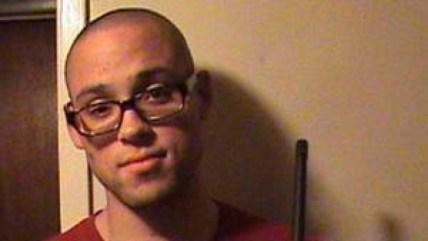 The fact that one of the dislikes of the Oregon mass murderer, Christopher H. Mercer, was religion, and the fact that he picked out Christians to be killed needs to be highlighted. Unfortunately you won’t see it mentioned by the likes of new atheist anti-religion gurus such as Bill Maher and Richard Dawkins.

Police have identified the gunman who killed 10 people at an Umpqua Community College in Oregon on Thursday as Chris Harper Mercer.

A MySpace account belonging to Christopher Harper Mercer is registered to Torrance, California. Mercer and his mother previously lived in Torrance before moving to an apartment in Winchester, Oregon, which police later searched.

An online dating profile, linked to Mercer’s email address and featuring another photo of him, says the 26-year-old was living with his parents and searching for the “yin to my yang.” It identifies his views as “conservative, republican” and lists “organized religion” as one of his “dislikes.”

According to a student at Umpqua, Mercer demanded to know his victims’ religion before killing them.

Anastasia Boylan, who was shot multiple times, spoke to her father before entering spinal surgery. Boyland’s father, Stacy, told CNN that his daughter said Mercer asked students to get on the floor, then asked them to stand up if they were Christians.

“And they would stand up and he said, ‘Good, because you’re a Christian, you’re going to see God in just about one second,’” Boylan’s father said, relaying his daughter’s account. “And then he shot and killed them.”