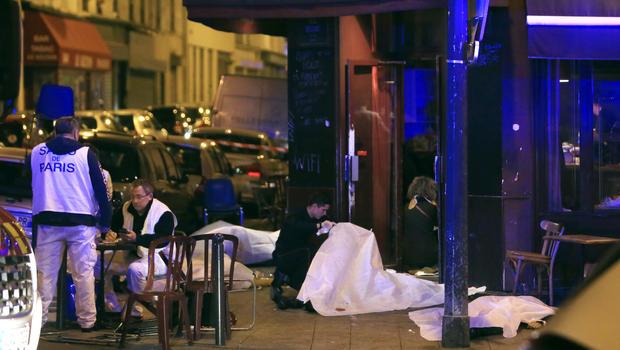 Peaceful Parisians were attacked by ISIS militants, the group has claimed responsibility for massacres not only in Paris but also the downing of a Russian airplane killing over 200, as well as bombings in Beirut. If true, the group has massacred 400 people on three continents in two weeks. Of course Muslims hate this group more than anyone else, as one prescient tweet sums up:

We hate them more than Westerners do. They kill our people AND make us look responsible which also gets us killed https://t.co/SWxtQiBJa1

The Paris attacks are front and center news everywhere. There are many thoughts and reflections one can make on the scourge of ISIS, imperialism, wars, invasions, Islamophobia, how they are tied and linked, who and what are to blame but really what can be said that we haven’t already?

It’s not the first time that there has been such wanton violence and chaos nearly everywhere in the world but maybe due to our globalized reality, where events from even the remotest regions of the earth are streamed instantaneously onto our mobile phones, laptops, etc. it seems that violence has increased exponentially. Our thoughts are with all those innocents killed, the casualties, to the oppressed, the victimized, and the murdered, anywhere on earth.

This is an open thread for loonwatchers to share their thoughts, reflections and comments.