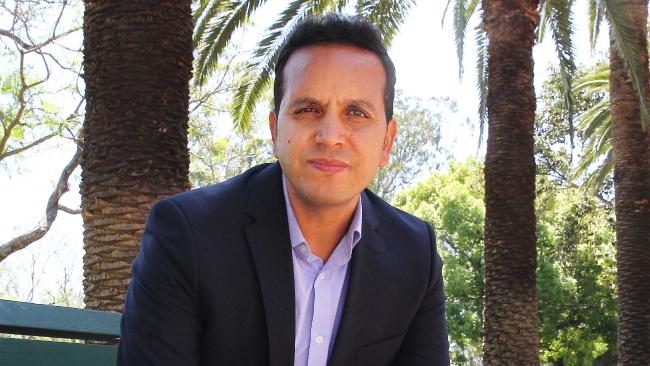 Deakin University researcher Fethi Mansouri says he had found that Australian Muslims who followed both regular law and sharia did not experience a sense of not belonging. Picture: Hollie Adams

This throws another wrench into the faulty radicalization models that claim extremism is related to greater levels of religiosity. It is also going to make some people, especially new-atheists unhappy, which is not a bad thing.

The more religious Australian Muslims are, the greater their sense of civic duty and of belonging to the nation, research has found.

The finding contrasts with a claim made to this effect by ­Australia’s Grand Mufti, Ibrahim Abu Mohamed, in the wake of last month’s Paris terror attacks.

Professor Dunn led a team that interviewed hundreds of Muslims in Sydney mosques and Islamic centres and at Eid festivals. The surveys tested for ­incompatability and disaffection among Muslims, as well as feelings of being settled and belonging. The work found that the majority of interviewees were “well integrated into Australian society” and that “higher levels of religiosity were positively associated with stronger national ­belonging and a sense of Muslim integration”.

Religiosity was defined through a series of questions, ­including whether children were enrolled at Islamic schools, how important religion was to the ­interviewee and how often they prayed, attended mosque and fasted.

The study found that Muslims experienced racism at greater rates than other Australians, up to three times higher on average, but Professor Dunn said there was no evidence this in itself led to radicalisation.