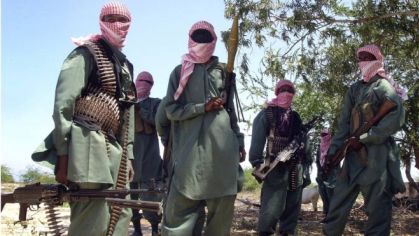 Most of you have heard this story this past December but it is worth posting here. This is the level of resistance we need to all kinds of violence, whether perpetrated by the West or militant groups such as Al-Shabab.

They told the militants “to kill them together or leave them alone”, a local governor told Kenyan media.

At least two people were killed in the attack, near the north-eastern village of El Wak on the Somali border.

The Somali based al-Shabab group says it carried out the attack.

The group often carries out attacks in Kenya’s north-east.

The bus was travelling from the capital Nairobi to the town of Mandera.

When al-Shabab killed 148 people in an attack on Garissa University College in April, the militants reportedly singled out Christians and shot them, while freeing many Muslims.

Last year, a bus was attacked near Mandera by al-Shabab militants, who killed 28 non-Muslims travelling to Nairobi for the Christmas holidays.

“The locals showed a sense of patriotism and belonging to each other,” Mandera governor Ali Roba told Kenya’s private Daily Nation newspaper.

The militants decided to leave after the passengers’ show of unity, he added.