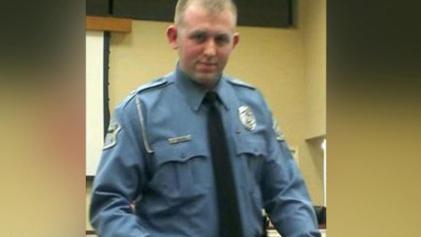 The terrorist attacks that brought down the Twin Towers in New York City,  hit the Pentagon in Virginia, and left a plane and its passengers scattered across a Pennsylvania field, occurred more than fourteen years ago.  Yet, despite 9-11 being so far in the rear view mirror, American-Muslims being a staple of modern America, and only a handful of minor incidents since, Islamophobia is now at an all time high.

I’ll trace the resurgence in Islamophobia back to August 9 of 2014. In the small municipality of Ferguson in northern region of St. Louis County, Missouri, a young man by the name of Mike Brown was shot and killed by police officer Darren Wilson.  Mike Brown laid on the ground for hours in the Canfield Green apartment complex dead in his own blood as a crowd of mourners gathered. Tensions flared that night and the next night the streets of North St. Louis County exploded in anger and grief.  A movement was born.  A movement which at that moment was united and later became divided.

While a movement emerged seeking justice for Mike Brown and other victims of police violence and repression another movement emerged in defense of Darren Wilson and police.  This pro-police movement produced an army of trolls on social media sending out threats and engaging in outright racist language.  As the weeks went on the hate speech increased and it got nastier.

Researching many of the most vocal pro-police trolls I discovered in addition to their anti-black racism many were also active in efforts against Muslims,  Latino immigrants, and others. When these trolls noticed the prominence of Muslim protesters such as myself, Bassem Masri, Talal Ahmad, Anthony Shahid, Mustafa Abdullah, and others it sent them into a particular frenzy of hate. I received dozens of graphic death threats, had the address of my grandparents published online, and was fired from my job because of the harassment of these trolls.

Today these trolls are still attacking protesters;  but they’ve found new energy in their attacks on Syrian refugees and new champions in Donald Trump and Ted Cruz.

It was Ferguson that gave the army of hate it’s new level of vigor. The sight of people in the street demanding justice frightened them. Energized, this same army is now equally focused on Muslims.

Just as the enemies of Islam have made common cause with those who oppose Latino immigration, African-Americans, and advocates for police reform, so to Muslims must form alliances with those with whom we share a common enemy.