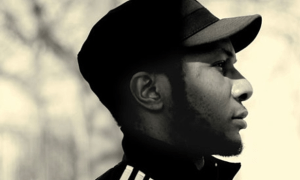 In July of last year, the editor of Charlie Hebdo told Entertainment Weekly the French paper would no longer draw Muhammad-themed cartoons.

Critics decried the decision, accusing editors of caving in into “radical Islamists” in the wake of the murderous attacks on their offices the preceding January. The paper insisted they had done their job in defending the “right to caricature” and questioned why  they were, “expected to exercise a freedom of expression that no one dares to.”

Now it seems they were neither caving in nor moving on, but rather dropping the mask of “satire” alltogether. Painting all Muslims with a broad brush, they ditched their longstanding ruse in favor of a straighforward assault, launched in an article entitled, How did we end up here?

Below is an excellent analysis by Nigerian-American writer, photographer, and art historian, Teju Cole, cross posted from Facebook:

Teju Cole: Charlie Hebdo Finally Steps Away from the Mask

Charlie Hebdo was given last year’s PEN/James and Toni C. Goodale Freedom of Expression Courage Award, despite the objections of hundreds of members of PEN. Now, the people of Charlie—who in my view were simultaneously the victims of a terrifying, unspeakable crime, and the producers of an antic and gross publication (nothing wrong with that) that was at the same time deeply prejudiced—finally step away from the mask of “it’s satire and you don’t get it” to state clearly that Muslims, all of them, no matter how integrated, are the enemy.

Historical analogy can be tiresome and too easy, but sometimes it’s the sharpest thinking tool around. Reading this extraordinary editorial by Charlie, it’s hard not to recall the vicious development of “the Jewish question” in Europe and the horrifying persecution it resulted in. Charlie’s logic is frighteningly similar: that there are no innocent Muslims, that “something must be done” about these people, regardless of their likeability, their peacefulness, or their personal repudiation of violence. Such categorization of an entire community as an insidious poison is a move we have seen before.

Read the piece yourself—don’t just react. Read the piece and think through who you wish to be in relation to the kinds of arguments it presents. If I hadn’t carefully scrutinized the url (and thus confirmed that it really is legit), I’d have thought someone was doing a cruel parody of laïcité. The fact that the essay itself is written in English also indicates very clearly that Charlie is aware of its global audience now, of the bigotry that is increasingly popular here in the US, disguised and undisguised.

Meanwhile, you might remember that SOS Racisme, a French “anti-racist” organization, was brought to New York last year to defend Charlie from accusations of racism. One of the founders of SOS Racisme was Laurence Rossignol, the current French minister for women’s rights. This same Rossignol said last week that women who wear the hijab are like the “nègres américains” (American negroes/ American niggers) who accepted slavery.

So, SOS Racisme gets on stage and, on behalf of PEN, gives an award to Charlie Hebdo, and everybody applauds and congratulates themselves for their fine understanding of satire. The same Charlie, in this new editorial, writes: “From the bakery that forbids you to eat what you like, to the woman who forbids you to admit that you are troubled by her veil, we are submerged in guilt for permitting ourselves such thoughts.”

What thoughts? The wish to discriminate freely against Muslims without having to be called out on it. The freedom to draw everyone who is Muslim, or comes from a Muslim family, or is connected to North Africa, or “looks” Arab, into one big universal blood guilt that makes them literally responsible for the horrors perpetrated by a few maniacs. The desire to have this hatefulness lauded as courage.

This is precisely the logic also of the masses who praise Trump for his “honesty”—as though only ugliness could be honest, as though moral incontinence were any more noble than physical incontinence. But when someone sh*ts their pants in a public gathering, we do not immediately congratulate them on their freedom, on their honesty.

I don’t enjoy writing about this—and I certainly didn’t enjoy the endless insults I inevitably receive for daring to even write about it. But the situation is f*cking absurd. It is deeply consequential for Muslim people in France, in Europe, and everywhere where they are minorities. It is consequential for their safety, for their daily lives, for their well-being in the countries they call home. I’m more convinced than ever that PEN, a fine organization whose fierce advocacy of persecuted writers I’m proud to continue to support, in this case got it very, very wrong.