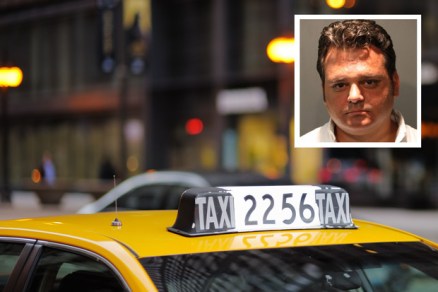 A cab driver was attacked in Chicago by a pedestrian in what has been deemed a hate crime. The lawyer is using the mental health defense and the fact that his client was intoxicated as an excuse to say his behavior was an “anomaly.”

A suburban man is charged with a hate crime after he walked up to a Chicago cab driver, asked him if he was Muslim and then beat him when he responded “yes,” prosecutors said.

The driver was stopped at a red light near Division and Larrabee streets about 3 a.m. Feb. 21 when 37-year-old John Alletto walked up, opened the driver’s door “and asked if he was Muslim,” prosecutors said.

The 42-year-old driver replied, “yes,” and Alletto began to punch the man in his head, neck and body, Assistant State’s Attorney Lorraine Scaduto said during a bond hearing Wednesday.

At that point, the driver’s passenger got out of the cab, prosecutors said.

When a witness approached, Alletto yelled out that the driver was Muslim, according to Scaduto. The witness said it was racist to attack a Muslim and called Alletto “a racist,” Scaduto said.

Alletto then turned toward the witness, and the two began to fight, according to prosecutors.