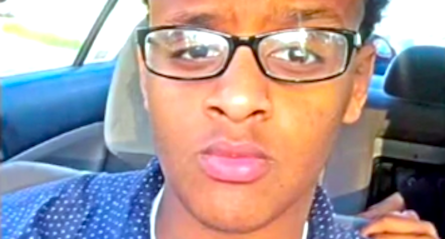 By Travis Gettys, via. Raw Story

Police are searching for a gunman who opened fire on five Somali men on their way to prayer services in Minneapolis.

The men were wearing traditional Muslim clothing while driving from a basketball game about 2 a.m. Wednesday to a late prayer service at a nearby mosque whey overheard a man making disparaging remarks about their religion, reported the Star Tribune.

It’s not unusual for Muslims to stay awake for overnight services during the holy month of Ramadan, which ends next week, and the men had actually been at the mosque earlier before leaving to go play basketball near the University of Minnesota campus.

They overhead a “very drunk” man make insulting remarks about Muslims as they got into their car, and they spotted the same man at the next intersection and questioned him about the insults, reported KARE-TV.

“The man said, ‘I didn’t say those things, I know a lot of Muslims. I have Muslim friends,’ and we said, ‘That’s great!’ and so we thought it was over,” said victim Hussein Gelle. But another white man wouldn’t let it go.

That’s when the second man pulled out a handgun and threatened them.

“Well I am saying it,” the man said. “I am saying it, and there’s nothing you can do about it.” The Somali men drove away, and the man fired at least seven gunshots at them — wounding the 22-year-old Gelle and a 19-year-old man in the car.