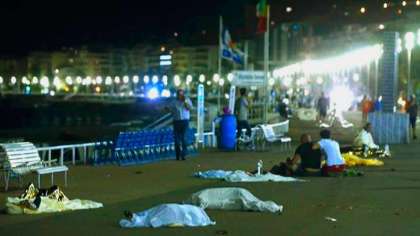 Another horrific massacre, this time in Nice, France. This is on top of massacres in the Muslim majority world, (Bangladesh, Turkey, Iraq, Saudi Arabia) where hundreds have been killed in bombings by individuals supposedly acting in the name of ISIS. Once again proving that the greatest victims of terrorist violence continue to be Muslims.

Of course this individual who perpetrated the attack fits the pattern of a non-religious, wife-beating, life-long petty criminal who all of a sudden got “religion.” Sadly, there will be no real discussion of the factors that lead to such violence. Khaled Beydoun however lays out the facts.: