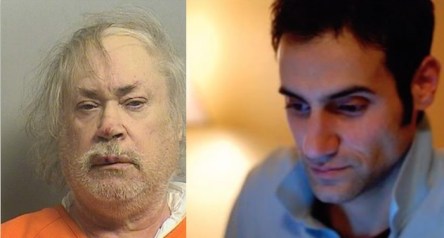 Vernon Majors, a 61 year-old White male had been violently harassing and intimidating his Christian Lebanese Arab neighbors, the Jabara family for years. He used racial epithets against them and also Islamophobic slurs consistently over this time period.

In fact, he intentionally struck the mother of the family, Haifa Jabara with his car causing grave bodily injuries to her person for which he was sent to prison. Eventually he bonded out and that’s when the nightmare for the Jabara family began all over again.

This story reflects the Islamophobia and anti-Arab racism rampant in America and a complete breakdown and failure on the part of the Tulsa Police Department to protect its citizens. The Jabara family did everything they could within the law to protect themselves but the Tulsa PD did not take them seriously. The question is why and how much did bias play a part?

Muslim civil rights activist Ahmed Rehab has called on those concerned by this brutal hate crime to go onto the Facebook page of the Tulsa Police Department and give them a “1 star review.”

Just rated Tulsa Police a “1 star” on their FB page, and let them know why. Please do the same. If you want more details on the murder of Khalid, see my last status. I am sure if they get a torrent of bad reviews, it will make it into the chief’s meeting. A good fast way to let them know how you feel. 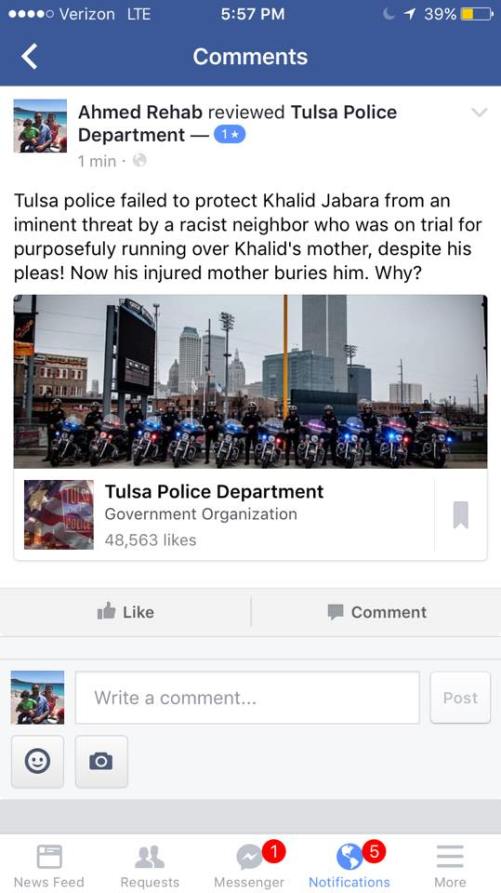