By Emperor on February 3, 2017 in Loon Violence 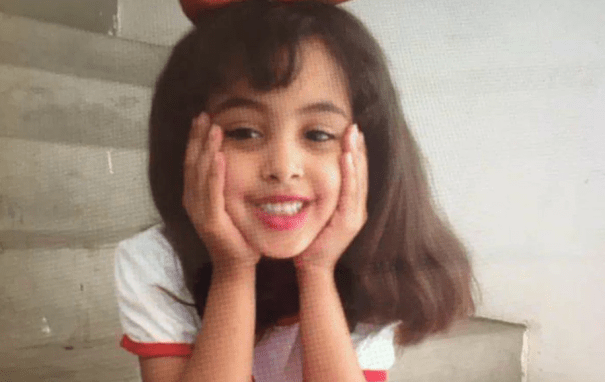 RIP sweet angel. You did not deserve to be killed!

By Glenn Greenwald, The Intercept

IN 2010, PRESIDENT Obama directed the CIA to assassinate an American citizen in Yemen, Anwar al-Awlaki, despite the fact that he had never been charged with (let alone convicted of) any crime, and the agency successfully carried out that order a year later with a September 2011 drone strike. While that assassination created widespread debate — the once-again-beloved ACLU sued Obama to restrain him from the assassination on the ground of due process and then, when that suit was dismissed, sued Obama again after the killing was carried out — another drone killing carried out shortly thereafter was perhaps even more significant yet generated relatively little attention. 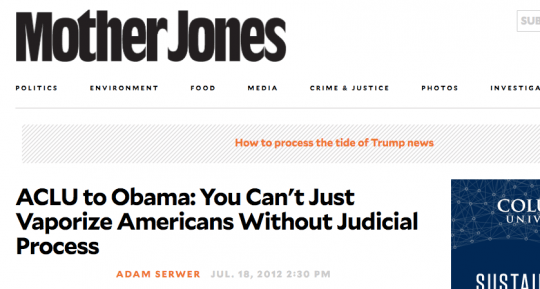 Two weeks after the killing of Awlaki, a separate CIA drone strike in Yemen killed his 16-year-old American-born son, Abdulrahman, along with the boy’s 17-year-old cousin and several other innocent Yemenis. The U.S. eventually claimed that the boy was not their target but merely “collateral damage.” Abdulrahman’s grief-stricken grandfather, Nasser al-Awlaki, urged the Washington Post “to visit a Facebook memorial page for Abdulrahman,” which explained: “Look at his pictures, his friends, and his hobbies. His Facebook page shows a typical kid.” 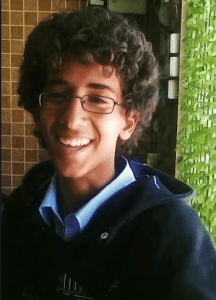 Few events pulled the mask off Obama officials like this one. It highlighted how the Obama administration was ravaging Yemen, one of the world’s poorest countries: just weeks after he won the Nobel Prize, Obama used cluster bombs that killed 35 Yemeni women and children. Even Obama-supporting liberal comedians mocked the arguments of the Obama DOJ for why it had the right to execute Americans with no charges: “Due Process Just Means There’s A Process That You Do,” snarked Stephen Colbert. And a firestorm erupted when former Obama press secretary Robert Gibbs offered a sociopathic justification for killing the Colorado-born teenager, apparently blaming him for his own killing by saying he should have “had a more responsible father.”The U.S. assault on Yemeni civilians not only continued but radically escalated over the next five years through the end of the Obama presidency, as the U.S. and the U.K. armed, supported, and provide crucial assistance to their close ally Saudi Arabia as it devastated Yemen through a criminally reckless bombing campaign. Yemen now faces mass starvation, seemingly exacerbated, deliberately, by the U.S.-U.K.-supported air attacks. Because of the West’s direct responsibility for these atrocities, they have received vanishingly little attention in the responsible countries.

In a hideous symbol of the bipartisan continuity of U.S. barbarism, Nasser al-Awlaki just lost another one of his young grandchildren to U.S. violence. On Sunday, the Navy’s SEAL Team 6, using armed Reaper drones for cover, carried out a commando raid on what it said was a compound harboring officials of al Qaeda in the Arabian Peninsula. A statement issued by President Trump lamented the death of an American service member and several others who were wounded, but made no mention of any civilian deaths. U.S. military officials initially denied any civilian deaths, and (therefore) the CNN report on the raid said nothing about any civilians being killed.

But reports from Yemen quickly surfaced that 30 people were killed, including 10 women and children. Among the dead: the 8-year-old granddaughter of Nasser al-Awlaki, Nawar, who was also the daughter of Anwar Awlaki.

This is the 8-year-old girl killed in US raid in Yemen, Arabic media reports https://t.co/nPlWh6LqE3 US killed her teen American brother too pic.twitter.com/QP0TsgdIfq

As noted by my colleague Jeremy Scahill — who extensively interviewed the grandparents in Yemen for his book and film on Obama’s “Dirty Wars” —  the girl “was shot in the neck and killed,” bleeding to death over the course of two hours. “Why kill children?” the grandfather asked. “This is the new (U.S.) administration — it’s very sad, a big crime.”