By Jerlerup on February 13, 2017 in Breitbart Watch, Loon Politics 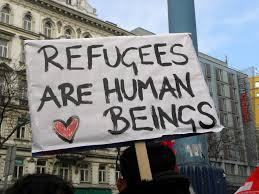 PEW reseach reported last year that for a long time the US has handpicked the refugees it chooses to “help.” In reality there is already a partial Muslim ban. The U.S.A prefers Christians to Muslims when choosing which refugees it wants to “help.” 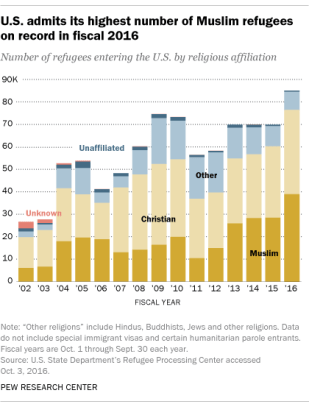 The administration set the goal of resettling 10,000 Syrian refugees in the U.S. in the fiscal year. This goal was exceeded, and refugee status was given to 12,587 Syrians. Nearly all of them (99%) were Muslim and less than 1% were Christian.