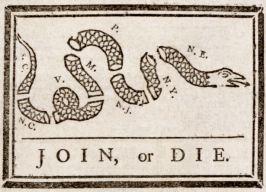 Sometimes antisemites condemn Islamophobia. Sometimes Islamophobes condemn antisemitism. Should we praise them or should we tell them that they are still racist? Consistent antiracism is to protest against ALL racists, not just some racists.

President Donald Trump has condemned antisemitism. He did it a few days ago, saying the rise in antisemitic attacks are  “horrible” and “painful.” The Jewish community has, with every right, criticized him for being silent about antisemitic attacks for a long time. After Trump spoke out some praised him but does he deserve that praise? Should we praise him, or tell him that he is a hypocrite since he does NOT speak out against Islamophobia?

As a Swede I often encounter hypocrites. They think it is “ok” to talk about nuking Israel but are horrified when a Islamophobe wants to nuke Mecca. Hypocrites that dislike talk about the “Muslim takeover of Europe” but believe “Jews run the world.” Hypocrites that hate when Jews are bullied for their kippah but don’t give a damn when Muslims are bullied for their hijab. Hypocrites who act when antisemitic myths are shared on Facebook but do not react at all when Muslims are accused of the same things.

We can’t praise one-eyed hypocrites like Trump. The obvious answer to him is to ask him to condemn Islamophobia and racism in America.

Look at the alt-right. The extreme parts of the alt-right, like the Nazis or KKK, believe Jews are behind the so called “Muslim invasion.” Mainstream alt-Right, like Breitbart, Jihadwatch and Pamela Geller don’t go that far but they claim that individual Jews are behind it and they demonize them, like Breitbart does to George Soros. If you look at the comment section of Breitbart every time they write about Soros you will find lots of antisemitism. As well as lots of calls to “hang”, “shoot” or “strangle” “traitors” like him.

If the “Muslim invasion” becomes an accepted concept, the Jews WILL be targeted too. Perhaps they already are? What is behind the surge in antisemitic attacks?

In Sweden we have an Islamophobic political party in our government called Sverigedemokraterna. It was founded in the 80s by Nazis. They deliberately choose to focus on Muslims instead of Jews as their enemies, not because they like Jews, but because there are many more Muslims than Jews in Sweden.

A lot of hate is “racism by proxy.” Like when Muslims are accused of being “Islamists” or agents of the “Muslim Brotherhood” or “supporters of Palestinian terrorism,” without any evidence behind the allegations. The debate about the Muslim Brotherhood, for example, is infected with racism. Relevant criticism of Palestinian politics, the MB or extremists is mixed with outright hatred.

The same goes for the debate about Israel.

But Jews and Muslims have to join, or die! Literally.

But to do so Muslims and Jews have to approach each other with care. The relationship is broken and racist propaganda is not making it easier.

I have a Jewish friend. He is active in the fight against both Islamophobia and antisemitism. But he is a proud Jew that carries the symbol of his faith, the star of David, all the time. Sometimes he carries the flag of Israel on a pin on his jacket too. He was born there. Sometimes he carries both the Palestinian and Israeli flag on his jacket.  The amount of hatred he encounters due to this is big. He gets spit at, yelled at and called “dirty Jew,” “dirty zionist” and “IsraeHell lover” and they point at his nose (“Jews have big noses,” as racists claim).

I have a Muslim friend. She wears a hijab and displays the Palestinian flag openly on her Facebook page. Her father was born in Palestine, in Gaza. She hates antisemitism. Her best friend in New York is Jewish. On her mother’s side her grandfathers in Morocco helped save Jews in World War 2.

She encounters much hate. “Dirty muslim,” “You must be a Hamas supporter,” “you support Palestinian terror,” “dirty Islamist”, “take off your hijab”.

This can’t last. The negative spiral of hatred is dragging mankind downwards, deep down the drain. Jews and Muslims have to fight hatred together!