Islamophobes see Muslims through a lens of hate, loathing, irrational fear and anger. This is why they are susceptible to the stupidities of seeing the following picture as a display of casual ambivalence/apathy in the face of horror.:

This is because they don’t view Muslims as human beings but rather as the demonic “other.” It’s also why they can’t make the connection of ambivalence and apathy when someone who looks like them, like this white guy walks past a victim.: 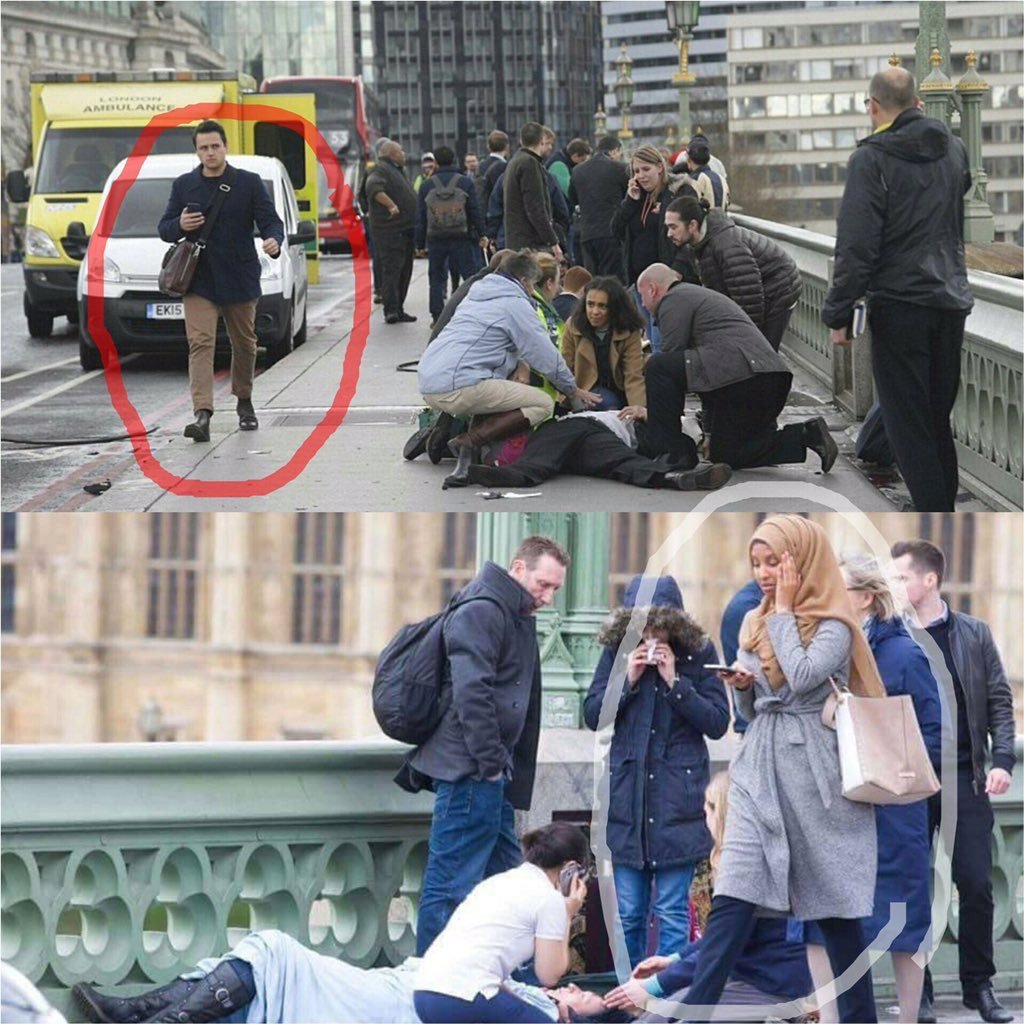 This is the general way bigots operate. Casually dehumanizing others. Maybe Mr. Texas Lone Star is hoping to hit it big and be the male Tomi Lahren.