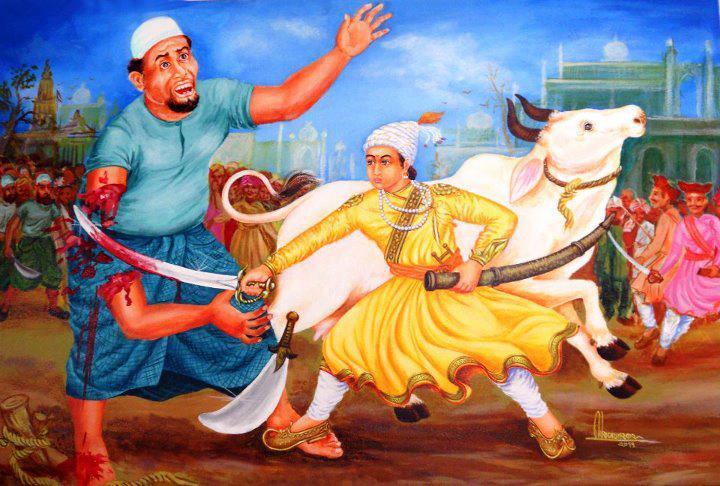 Is India now a nation that reveres cows more than it does human beings? In India you can be killed on the allegation that you are eating or selling cows. Ironically enough India is also the largest exporter of beef in the world.

A Muslim man has died in western India after he was attacked by hundreds of Hindu cow protection vigilantes, the latest attack in a spate of mob killings in the name of the revered animal.

Police said on Wednesday that Pehlu Khan, 55, had died in hospital two days after a group attacked his cattle truck on a road in Alwar in the desert state of Rajasthan.

Gangs of “cow protectors” have been implicated in killing at least 10 people in the past two years as the welfare of the animal has become an increasingly charged issue in Indian politics.

Cows are revered by most of India’s majority Hindu community and beef consumption is permitted in only eight of the country’s 29 states and territories.

Hindutva, is a Hindu nationalist movement with various strains of thought and political tendencies that was formed to impose a Hindu Rashtra (state) across India.

Cow, Cow vigilantes, Hindutva, India, Islamophobia, Rajasthan, What if they were Muslim