The meme that Muslims, especially Western Muslims, whether they be in New York or London, celebrate terror attacks is a persistent trope used over and over again by Islamophobes. Christian missionary David Wood uses it, President Donald Trump uses it and now the leader of a small anti-Muslim party named Paul Golding has tweeted a video he claims shows “‘moderate’ Muslims celebrating the Paris terror attack in London.”: 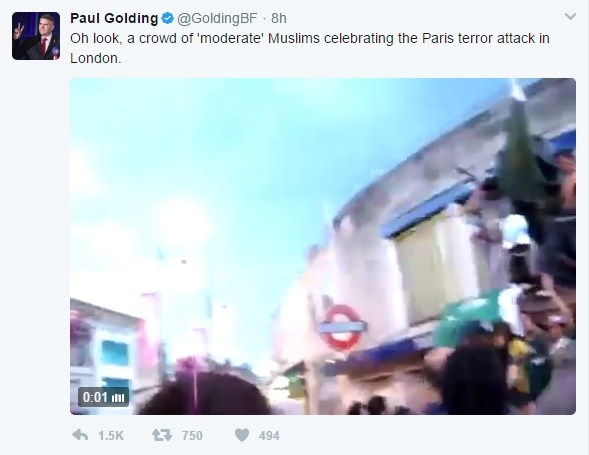 Sadly for Golding, as MEND Community has shown, the video is actually Pakistani cricket fans celebrating their team’s victory in the 2009 World Cup.

The tweet has been deleted though no correction/apology has been posted by Golding or Britain First.