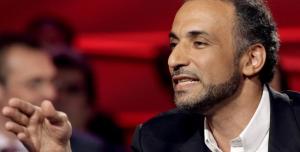 As you know, Dr. Tariq Ramadan – Muslim scholar, writer, and thinker – has had his visa to enter the country reinstated, and he used this to his advantage: speaking at various engagements across the United States. We here at LoonWatch alerted our fellow citizens of the arrival of the “stealth jihadist,” coining the terminology of Robert Spencer. Yet, we didn’t want to stop just there. We wanted to report on what this man was saying.

So, we were able to secure a confidential LW operative to infiltrate the CAIR-Chicago Annual Banquet, his first public speaking engagement since being allowed to come to the U.S., to report on his speech. This operative approached us initially, telling us that he would be attending Dr. Ramadan’s speech.  He posed as a regular member of the Muslim community and took clandestine notes and reported them back to us. This was a unique opportunity as Dr. Ramadan was speaking to an audience largely composed of Muslims, and so he can “let loose” and not show his “taqqiya,” as he would if he were speaking to non-Muslims. We could not pass this up.

In the beginning of his speech, he thanked those who helped him come back to the United States, such as the ACLU and others, and he said that he was blocked from coming to the United States because he spoke his mind, especially about the war in Iraq (on which, it turns out, he was correct). He said that people cannot confuse a government with its people.

He mentioned that there was one Islam: unified in its principles and beliefs, but many different cultures, interpretations, and schools of thought. It is an accepted diversity in Islam’s application. At the same time, however, he noted that there was a crisis in the understanding of Islam among Muslims, and that there were many challenges within the Muslim community that needed to be addressed. The main problem with Muslims is psychological in his opinion: he affirmed the need of Muslims to examine what is wrong with themselves, but they should also acknowledge the enormous strides Muslims – especially those in the West – have made in the last 30-50 years.

He urged Muslims to become more involved in their communities and differentitate between victimhood and having a “victim mentality.” He urged his listeners to struggle (aka “jihad”…dah dah daaaaaaah!!!!) against the victim mentality. He reminded the audience that whenever you work for justice, you will be opposed. Whenever you talk about love, he said, people will respond with hate.

Dr. Ramadan also touched upon spirituality, which is more than just praying. It is being strong from within. He quoted the verse about the parable of a good word:

Are you not aware how God sets forth the parable of a good word? [It is] like a good tree, firmly rooted, [reaching out] with its branches towards the sky, yielding its fruit at all times by its Lord’s permission. And [thus it is that] God propounds parables unto men so that they might bethink themselves [of the truth]. (14:24-25)

And the servants of the Most Merciful are those who walk on the earth with humility, and when the ignorant address them, they say, “Peace!” (25:63)

God is Beautiful, and He loves beauty, Dr. Ramadan said. Muslims’ mantra must be this: By serving the people, I serve Him. He also said that he does not like defining Islam as “submission.” In his understanding, Islam is entering into God’s peace, as the verse proclaims:

O you who believe! Enter into Islam [“peace”] whole-heartedly, and follow not the footsteps of Satan, for he is to you an avowed enemy. (2:208)

One of the first things the Prophet Muhammad said, he reminded the audience, when he entered Medinah is, “Spread peace.” That is what Muslims should do. No Muslim should say that you can’t love your neighbor if he is not Muslim. This is your home, he told the American Muslim audience. Americans are your people; you cannot call fellow Americans as “them.” When American Muslims say “we,” it must be an inclusive “we,” including all Americans. Spreading peace, justice, and ethics is the purpose of Muslims in America, not to convert non-Muslim Americans to Islam. Muslims are here to make society better; the hearts of the people are not their concern. That is the realm of God.

Now comes the “smoking gun” (pun intended): Dr. Ramadan spoke of Jihad! (dah dah daaaaaaah!!!) Jihad, he said, did not start with fighting, or qital. The first act of Jihad in the Qur’an was knowing how to use the Qur’an against those who opposed the message:

Hence, do not defer to [the likes and dislikes of] those who deny the truth, but strive hard against them, by means of this [divine writ], with utmost striving. (25:52)

He then ended his speech by turning a critical eye toward the Muslim community itself, which, he said, is very important. He bemoaned the many divisions in the Muslim community: divisions along ethnic lines, cultural lines, class lines, and economic lines. He said that there should be “Americans” in the mosques: people from all cultures. Muslims from different cultures should mix together, he said. He pointed out that many African-American Muslims feel like they are second class Muslims, and many converts feel they have to Arabize, and he criticized both phenomena. Muslims must also improve in their treatment of women, as well. If you want America to be better, he said, then Muslims must start in their own communities.

His final words were this: Never forget that you Muslims are American. He urged them to speak about Iraq, Afghanistan, and Palestine, and do so as Americans, not Muslims. Moreover, Muslims need to institutionalize their presence in America: Muslims need institutions, and they must work with all people. The key is confidence and humility: be confident about your position, but be humble at the same time.

There you have it, folks. Those were the words (paraphrased by our operative) of Dr. Ramadan at his speech to the CAIR-Chicago banquet. As you can see, it was full of intolerance, hatred, Islamism, and Jihadism. What was the American government thinking when it let him in?