On what is rapidly becoming a regular feature, Fox & Friends this morning continued their incessant attack on Islam. Co-host Alisyn Camerota this morning hosted anti-Islam blogger and founder of the ironically named Americans Against Hate organization Joe Kaufman to attack Muslim Family Day at Six Flags Great Adventure. Camerota called it “insensitive” that they would host the event on September 12, “just hours after the anniversary of the September 11th attacks,” and added “but what’s even more controversial are the allegations that the Muslim group organizing the event could have been involved in financing the September 11 terror attacks.” Kaufman went further, employing what is becoming a familiar phrase among anti-Muslim bloggers: “The fact that they’re having it on September 12th, I believe they are actually spitting in the face of Americans.”

So what evidence did Kaufman give to back up Camerota’s claim that the Islamic Circle of North America (ICNA), who is sponsoring this event, “could have been involved in financing the September 11 terror attacks?” His first piece of evidence is a message from former ICNA President Dr. Muhammad Yunus making “a request calling on supporters to give ‘material support to groups associated with al-Qaida and the Taliban.” Here is what Yunus actually said, in an image hosted on Kaufman’s website: “Remember fellow Chechnyan Muslims in Eid Celebrations. President ICNA Dr. Muhammad Yunus has requested all Muslims around the world to include Chechnyan Muslims in their special Eid-ul-Fitr prayers. We must show our spiritual and material support for our brothers and sisters being oppressed by Russian forces.” For Kaufman, this justifies making the claim that “they may be themselves involved in financing 9/11.”

In case the name Muhammad Yunus sounds familiar, by the way, that would be Nobel Peace Prize recipient Muhammad Yunus, developer of the microcredit and microfinance concepts.

Kaufman went on to try to associate ICNA with Hamas through more tenuous ties. According to his website, in 2006 ICNA was listed as a donor to the Al-Khidmat Foundation, a Pakistani charitable organization that, according to their website, “is dedicated to the services of humanity all parts of the world without any discrimination of creed, religion and political associaltion [sic].”  They provide funding for clean water projects, diagnostic centers, orphan homes, and other community-based programs. According to Kaufman, while ICNA was one of their donors, the Al-Khidmat Foundation made a one-time donation to Hamas. Kaufman of course has no evidence that ICNA was involved in the gift, or that their money was part of the gift, or that they had anything to do whatsoever with the gift. Kaufman has been pushing this connection for years, and even the Anti-Defamation League isn’t buying it. An October 5, 2007 Dallas Daily News article reported on Kaufman’s allegations. At the time, he was protesting a different Muslim Family Day at Six Flags Over Texas. They reported (accessed via Nexis):

Mohammad Barney, president of the Dallas chapter of ICNA, said the accusations are troubling and untrue.

According to its Web site, ICNA supports Islamic culture and education while promoting justice and understanding.

“It’s disturbing that they are writing false statements like that,” said Mr. Barney. “People have the right to say whatever they want, but that doesn’t make it true.”

The Anti-Defamation League – a pro-Jewish group – seems to agree. ICNA is not listed as a threat on its Web site.

“We don’t involve ourselves in that kind of activity,” said Mark Briskman, regional director of the league, who said his group would not participate in the protest. “He made a lot of claims … without clear documentation of those claims. His statements are problematic.”

So other than making what appear to be baseless accusations about an organization sponsoring a family outing, why would Fox & Friends bring Kaufman on to attack Muslim Family Day? Well, what he lacks in expertise or insight, he makes up for in dedication. What Kaufman failed to mention is that, while Muslims may be “spitting in the faces of Americans” for holding the event on September 12, he attacked the event in 2007, when it was being held on October 14. Kaufman and Fox also ignored that the reason why the event is being held on September 12 this year –the same reason it was held on October 14 in 2007 –is that it falls on the first weekend after Ramadan ends.

ICNA’s Muslim Family Day that will occur on October 14, 2007 is nothing but a charade, created to spread hatred, but veiled in a way to make the sponsoring organization look harmless. Six Flags will play host to this dangerous farce. If events, such as these, are allowed to continue, more and more Americans could become desensitized to those groups – fifth columns within our borders that wish to do us harm. It is up to those concerned to speak out against these travesties that threaten our way of life.

He may have been on to something. Looking back at previous events, I was able to find evidence of ICNA members spreading hatred. Witness the horror: 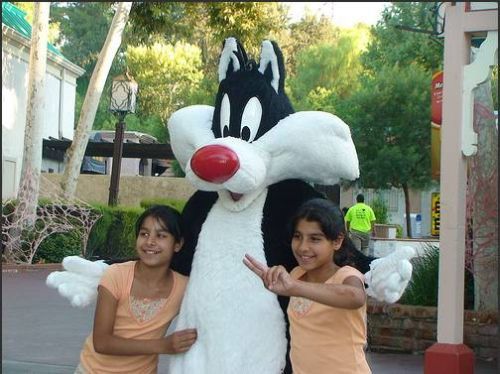